Based at Berks College, Penn State?s four-year degree program in Global Studies requires 3-9 credits of internship. As many of our students pursue careers in governmental and humanitarian agencies, finding appropriate internships is essential. As a result, the Global Studies program established contacts with a Rwandan agency in 2006. This program was available in the summers of 2006, 2008 and 2011 and placements will be available all summer and fall sessions in the future.

Given this program?s popularity, Dr. Randall Fegley made contact with a similar agency in south India in 2011. Due to climatic patterns, the monsoons, internships there will be available only during spring semesters. Along with the program in Rwanda, this opportunity means that internships with well-run local (rather than international) agencies in developing countries will be available year-round.

Social Change and Development (SCAD) was founded in 1985 by Cletus Babu, who received permission from his Catholic diocese to leave the priesthood to concentrate on helping the rural poor. He established his first base in the village of Cheranmahedevi with a group of friends, and two years later was able to acquire a nearby 150 acre site, now known as the campus area. A number of higher educational establishments, a school for children with learning and physical disabilities and guest house facilities with western standards for at least 30 people were established here. SCAD has grown steadily and now works in over 500 poor villages with a population totaling almost a half million. It works in an integrated rural development model to respond to any need that a participating village might have as a result of a joint identification of needs studies. Typically needs are in the areas of education, health, water procurement, job and wealth creation and community and agricultural development. In most of these villages, a ?village volunteer? is appointed to serve as the resident SCAD representative, the eyes and ears of full time SCAD staff. Nearly always a woman, the ?volunteer? is supported by a full time animator who is professionally trained and has responsibility for up to ten villages. The SCAD field operation is split into five decentralized blocks, each with its own office. There is a small central head office team based in the city of Tirunelvelli.

In addition to the field operation described above, SCAD owns and operates ten higher and further educational establishments, which are fee paying, plus a number of specialist schools. Bursaries are available for the children of the rural poor and some income from the educational establishments is made available to the field work operation. SCAD has pioneered work to help minority and disadvantaged groups such as lepers, gypsies, those with physical and learning disabilities and abandoned elders.

SCAD has an excellent reputation both locally and nationally as an organization devoted to developing the rural poor and for maintaining high standards. In 2005 the President of India made an official visit and for its 25th anniversary celebrations the Governor of Tamil Nadu was the principal guest of honor. Cletus Babu, SCAD's founder and chairman, has also been nationally recognized as an outstanding social entrepreneur and has sat on a number of national committees. SCAD is used to receiving western volunteers and other visitors and has good facilities. It has a 25 year old close relationship with the British charity Salt of the Earth which provides over half of the funding for the field operation.

Like the Rwandan program, these internships are open to students in other majors, including ones based at other campuses. Those participating in this unique opportunity earn credits in International Studies 495 (INTST495), while contributing significantly to people in need in another part of the world. The India Internship is only available during the spring semester.

To insure that this program is effective, applications are reviewed by a committee at Penn State Berks. Extensive preparatory sessions are required prior to departure. These include presentations on Indian history and culture, practical matters (including issues of health, safety, communications, money, etc.), and a counseling session with a psychologist. A follow-up counseling session is required following return to the USA. Interns are required to follow strict safety regulations and encouraged to reflect on the experience with others, particularly with the internship supervisor, Dr. Randall Fegley.

Send an email to [email protected] 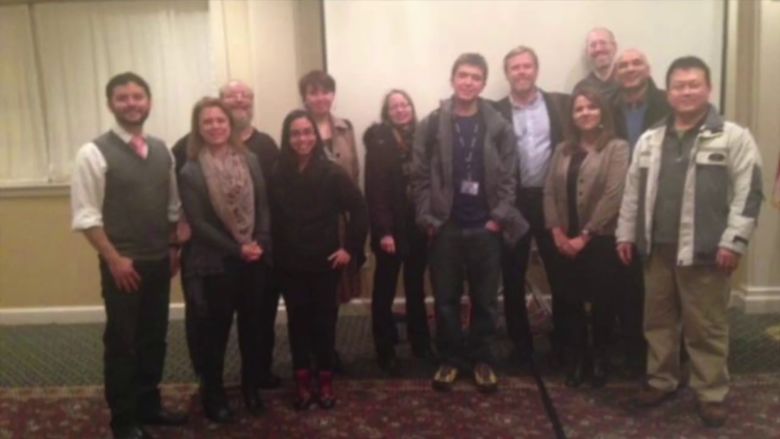