Painting a picture of social justice in the city of Reading 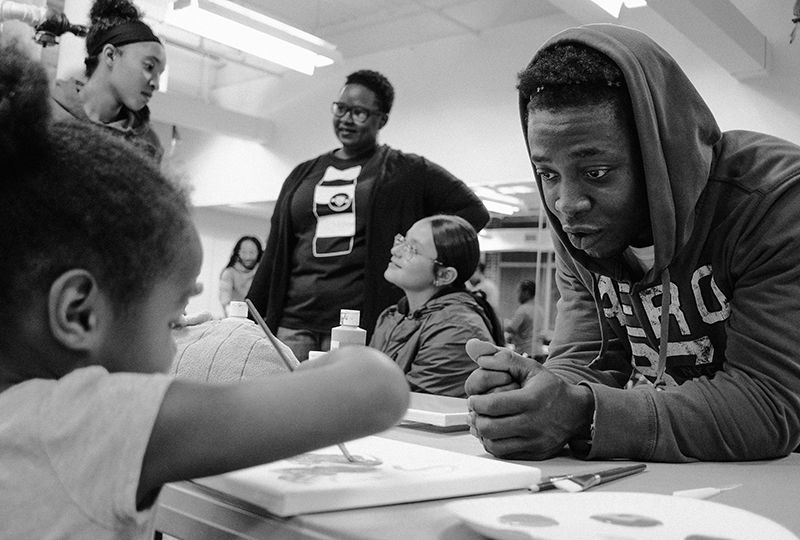 Berks criminal justice students and youth from the RIZE program recently met at the GoggleWorks Center in Reading. The purpose of the meeting was to have an open discussion -- through artistic media -- about social justice issues in the city of Reading.

RIZE is a nonprofit youth organization in Berks County that fosters the arts to promote a healthy lifestyle and to unite culturally diverse communities by strengthening families for social change.

The project began when approximately 30 criminal justice students enrolled in the course “Race, Crime and Justice” were assigned a formidable task: to apply their knowledge of criminal justice theory to better understand the experiences and perceptions of underrepresented youth in the city of Reading – through art.

The students’ first task was to convert a dance studio within the GoggleWorks into an artist workshop, explained Ebonie Cunningham Stringer, assistant professor of criminal justice at Penn State Berks.

After completing course readings and lectures by Cunningham Stringer and Justin DeSenso, lecturer in English and African American studies, the students met with approximately 25 RIZE youth, ages 7-22 years, in the makeshift art studio.

“Many of the youth in RIZE are racial and ethnic minorities who have been directly or indirectly impacted by the criminal justice system,” explained Cunningham Stringer. 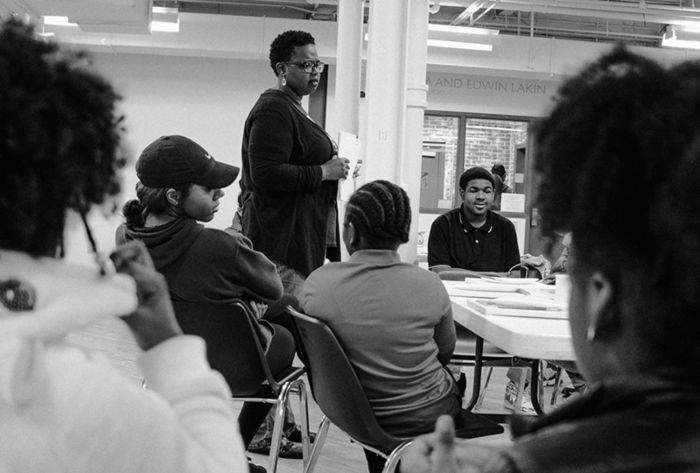 Dr. Ebonie Cunningham Stringer (standing, center) helped the group of Penn State criminal justice students and RIZE youth get to know each other through rap.

She goes on to state that the evening began with a rap session – an informal conversation where participants got to know each other. Criminal justice students shared some of what they were learning in their courses and their career aspirations. Eventually, the conversation turned to policing in the community.

“Initially older RIZE members remained on the periphery of the discussion while the younger students dominated. It was clear that the younger students admired law enforcement, with many having set their sights on becoming police officers. However, it became apparent that there were divergent views and experiences among the group. When one 8-year-old girl shared her experience of seeing her uncle arrested, there was a subtle shift in the room. Older students began to share their personal and community experiences with law enforcement, speaking in code to protect the innocence of younger participants. The conversation took a surprising turn to students’ feelings of safety and security in their schools,” explained Cunningham Stringer.

While school security was not initially on the agenda, its emergence was an illustration of another discipline-specific concept–that practitioners and researchers should never presume to know or be an authority on the lives of those they serve and study. And so the workshop was immediately altered to emphasize what was important to the youth, explained Cunningham Stringer.

She goes on to recount that RIZE youth spoke about bullet-proof glass, the need to display identification on their bodies at all times, locked exterior doors and active shooter drills in their schools. One 7-year-old girl relayed with matter-of-fact candor, “If someone is shooting in the school, you have to move all of the desks against the door or try to hide.” Training to barricade doors and find ideal hiding spaces seemed as normal as fire drills in schools.

Meanwhile older students spoke about their experiences of having school resource officers (SROs). Rather than feeling safe, they expressed uneasiness and tension around SROs with whom they said the student body often had an adversarial relationship.

“For them, the visible presence of law enforcement seemed to be associated with spontaneous violence, whether at the hands of law enforcement or fellow students,” stated Cunningham Stringer. “These dynamics interfered with rather than provided a safe haven for the learning process.”

Cunningham Stringer explained that the workshop transitioned from a discussion about justice, schools and law enforcement to the expression of these ideas through artistic media. Students were encouraged to use texture, printed images, color and symbols to express their ideas on blank canvases.

Throughout the exercise, Berks students helped RIZE youth to work through their ideas and determine how they could be translated to the canvas. This provided an opportunity for Berks students to work one-on-one with community youth, learning more about their stories and experiences and making meaningful connections to course content.

“Once back in the classroom, the criminal justice students reflected on their experiences, connecting the dots between theories, statistics and concepts and the humanity of those impacted. The experience taught them that the voices of underrepresented youth must be raised and centered in conversations about justice. Their experiences and perceptions are not analogous, and their voices add immeasurably to discourse about race, crime and justice,” stated Cunningham Stringer.

“For those who will go on to enjoy careers in law enforcement, corrections and other criminal justice professions, it is imperative that they connect with the humanity of the communities they serve, as well as understand the collateral consequences of criminal justice policies, particularly among youth.”

About RIZE
RIZE is a nonprofit youth organization in Berks County that fosters the arts to promote a healthy lifestyle, and to unite culturally diverse communities by strengthening families for social change. RIZE programs are geared toward solutions for social adversity, violence prevention and criminal justice reform initiatives by uniting cultures through performing and media arts education. The program was founded by Edna Garcia-Dipini. 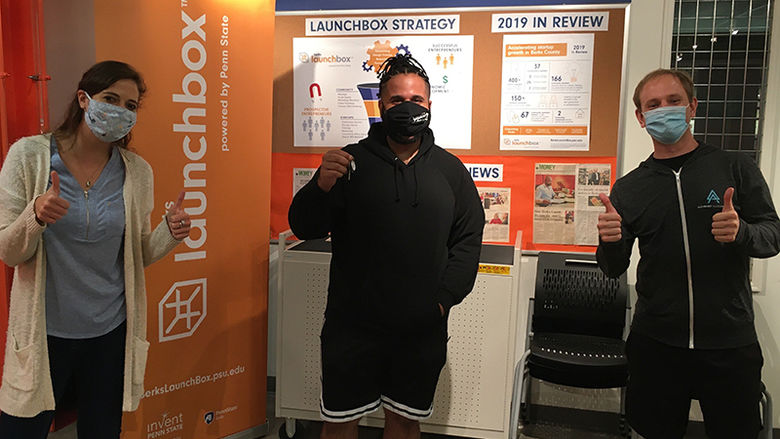 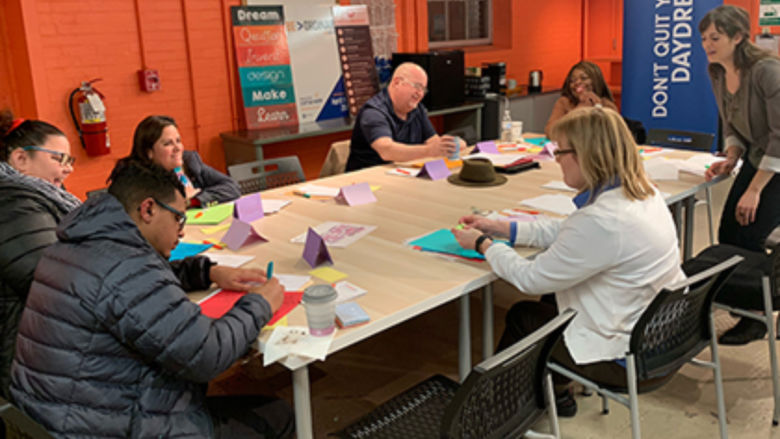 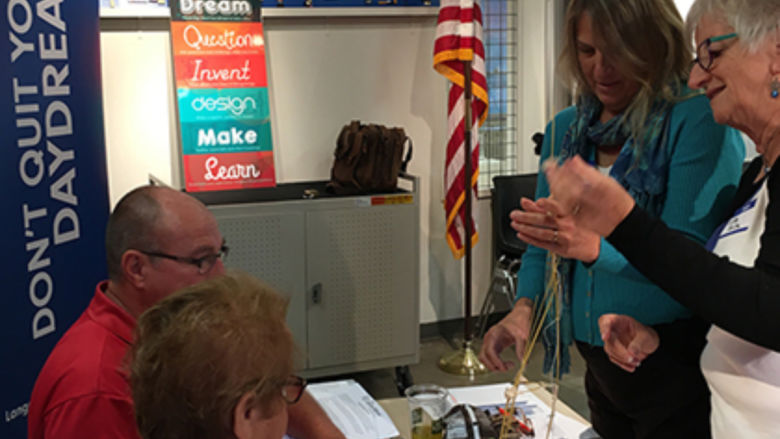 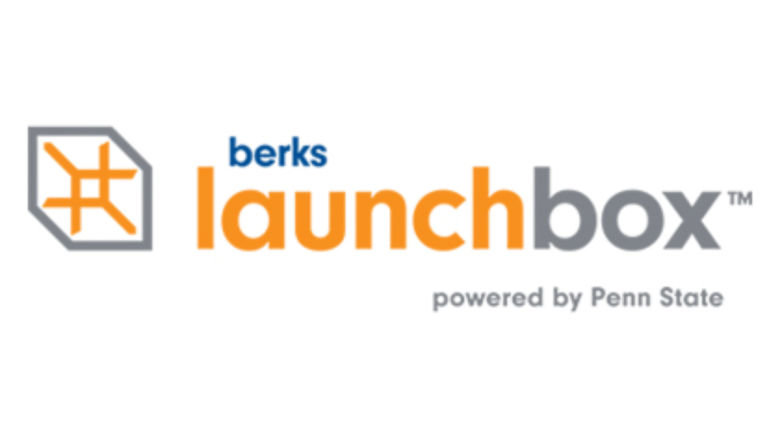