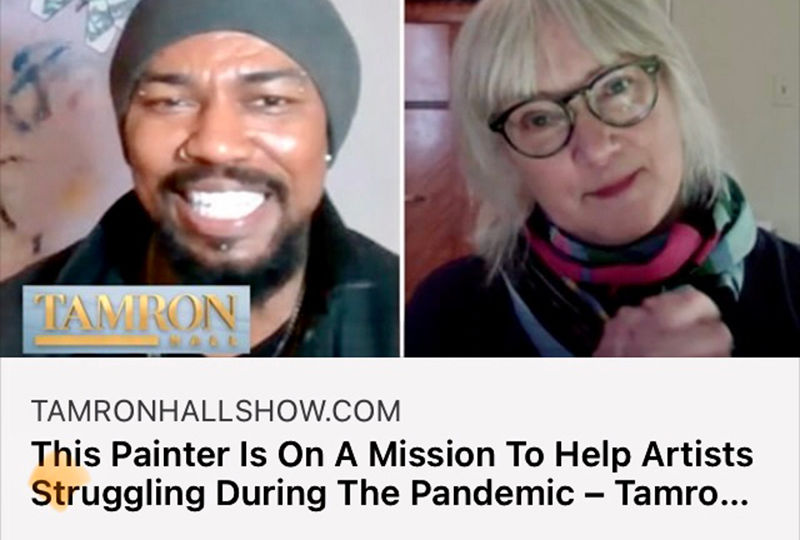 Marilyn Fox, an artist in her own right, is the gallery director of the Freyberger Gallery.

Marilyn J. Fox, gallery director of the Penn State Berks Freyberger Gallery, has been curating exhibitions and art-related events for the college for more than 20 years. But the tables were turned on Monday, Dec. 7, when her artwork was featured on ABC’s Tamron Hall show.

It all began when Fox responded to an Instagram post from artist and collector Guy Stanley Philoche, who was interested in adding to his collection of lesser known artists as part of his initiative to give back to the artistic community.

Fox sent Philoche images of her artwork, and crossed her fingers, hoping she wasn’t responding to a social media scam.

“Sunday evening, I got a call from a producer from the 'Tamron Hall Show,'” Fox recounted. "They asked me if I would like to be on the program as part of their studio audience. Of course, I said ‘yes.’ The show was about ‘giving back’ and ‘paying it forward.’” After a few phone calls and emails back and forth with the producer, Fox received the Zoom link and logged into the live taping on Monday. 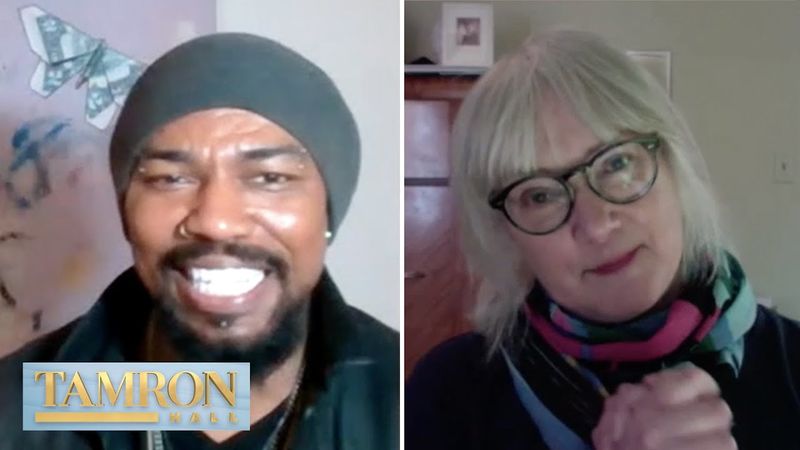 Guy Stanley Philoche is a painter who is determined to help artists make ends meet during this unprecedented time. After a hugely successful gallery show, he bought $60k worth of works from artists who are struggling in the pandemic.

“One of their guests was Philoche and all of a sudden I am on a split screen with this gentleman, who bought one of my paintings, live on-the-air! This was an amazing experience and I am grateful that I was selected for this honor.”

The painting that Philoche purchased is titled "Kitchen Table," acrylic on paper. Fox explained, “For me, the kitchen table is the heart of the home. It is where children might sit to do their homework; where families gather for dinner; and the people share ideas. The kitchen table has become even more important during COVID-19 as it has become the center of the household.” 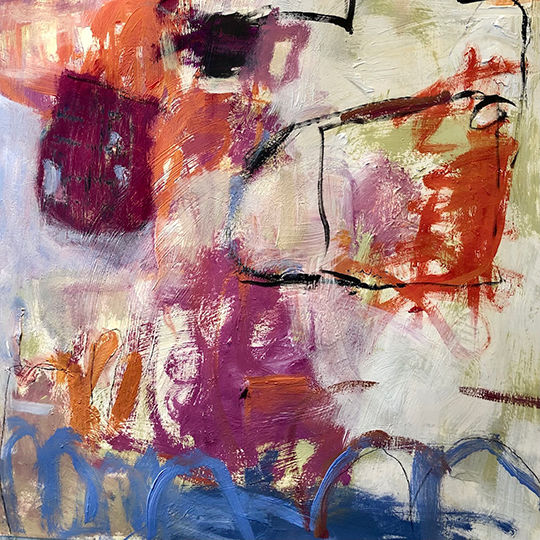 When Tamron Hall asked what motivates him to ‘pay it forward,’ he stated that he struggled to make it as an artist when he first arrived in New York City before achieving success.

Originally from Haiti, Philoche stated that he wants to open doors for artists because no one opened doors for him. “I was that guy who went through the back door, through the window, just to get into the room,” he said jokingly.

The initiative started with a budget of $15,000 and has grown to $60,000 so far with plans to continue as long as he can, and Philoche’s own patrons have taken notice and asked him to make purchases on their behalf.