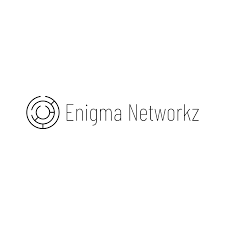 UNIVERSITY PARK, Pa. — Cybersecurity students across the University will soon have access to a state-of-the-art tool to help prepare them for their future careers, thanks to a donation from a Penn State alumnus.

Mark Viglione, a 2015 graduate and founder of Enigma Networkz, has finalized a software licensing agreement with the University to make his company’s security information and event management (SIEM) platform, Enigma Glass, available to students at all Penn State campuses. The value of the software donation is $75,000. In addition to the software, Viglione will be providing consulting for the development of the labs in four Penn State courses.

SIEM tools, which analyze real-time data to monitor threats while collecting and reporting on log information, are critical for cybersecurity professionals to recognize suspicious activity on their network.

“When students graduate and start their careers in cybersecurity or data analytics, they’re going to be using a lot of different tools,” said Viglione. “And they’ll be logging into tools like this, looking at events and data to try to correlate different activities. These tools help them give bigger picture reports to executives and metrics that matter to some of the higher-ups.”

This summer, students at Penn State Berks had the opportunity to test Enigma Glass during their labs in several courses taught by Mike Bartolacci, professor of information sciences and technology. With the software, students could apply terms and concepts they learned in the classroom into a real-world environment.

“That puts us ahead of students that will not get the familiarity of tools like this,” said Michele Calderon, a junior studying security and risk analysis. “For me, as someone who hopes to work in risk consulting, it will help me to understand different systems my clients may be using or give me the ability to offer potential solutions for optimizing network monitoring tools.”

Viglione attended Penn State Berks for two years before transferring to University Park, where he earned a degree in agricultural business management with a minor in security and risk analysis. He said he is grateful for the opportunity to have Penn State students like Calderon test his company's software, and, in turn, provide those students with a valuable experience.

“The students and professors are helping us understand the product and make it better,” said Viglione. “And we are helping to train the next generation of security professionals who are going to be entering the workforce just like I was four years ago.”

Viglione works full time in the cybersecurity industry. He began to conceptualize the platform after working on multiple initiatives that highlighted the complexity and cost to deploy, utilize, and develop effective cybersecurity insights. This experience inspired him to conceptualize solutions that can reduce the complexity and reduce those costs, helping organizations that might not have as many resources as large well-established corporations. He soon realized that the product he envisioned could benefit incoming security professionals as well.

“I realized that when I was in school, there wasn’t a lot of courseware on SIEM, threat detection and business intelligence,” he said. “We thought it would be a good opportunity for us to offer some free SIEM and data analytics labs to various professors who might want to add a lab or two into their courseware.”

Joanne Peca, assistant teaching professor of information sciences and technology at University Park, spent her career in the information technology industry — most recently serving as chief information officer at Penn State Altoona. When she was looking to bring tools from industry to her classroom, she learned of Bartolacci’s beta testing of Enigma Glass. As coordinator for the cybersecurity analytics and operations bachelor’s degree program at University Park, she put the wheels in motion to make the software available to students across Penn State.

“It’s so rewarding to give students the opportunity to see what they’ll encounter in the real world,” said Peca. “We are so grateful to Mark and his colleagues at Enigma Networkz for their generous donation that will not only impact numerous emerging cybersecurity professionals, but also the organizations at which they’ll ultimately work and protect.”

This gift will advance "A Greater Penn State for 21st Century Excellence," a focused campaign that seeks to elevate Penn State’s position as a leading public university in a world defined by rapid change and global connections. With the support of alumni and friends, “A Greater Penn State” seeks to fulfill the three key imperatives of a 21st-century public university: keeping the doors to higher education open to hardworking students regardless of financial well-being; creating transformative experiences that go beyond the classroom; and impacting the world by serving communities and fueling discovery, innovation and entrepreneurship. To learn more about “A Greater Penn State for 21st Century Excellence,” visit greaterpennstate.psu.edu.