A gift by Penn State Smeal College of Business class of 1985 alumnus Brian Drebelbis and his wife, Sherry, will benefit both  Smeal and Penn State Berks.

UNIVERSITY PARK, Pa. — Penn State Smeal College of Business class of 1985 alumnus Brian Dreibelbis, the senior director of supply chain human resources and labor and employee relations for Land O’Lakes, and his wife, Sherry, recently made a $500,000 estate commitment to the University.

The gift will be split equally between two initiatives. The first is the Brian and Sherry Dreibelbis Excellence Fund in Supply Chain Education in the Smeal College of Business, which will provide discretionary funds for recruiting, technology, research, conferences, and more to support Smeal’s Department of Supply Chain & Information Systems. The second is the Brian and Sherry Dreibelbis Scholarship in Business at Penn State Berks, a need-based scholarship for students who enroll at the Berks campus and plan to study business.

The couple decided to activate their estate commitment early, making an annual gift each year in order to see the impact of their gift during their lifetimes.

“Brian is the kind of alumnus that every university hopes to have,” said Smeal’s dean, Charles H. Whiteman. “He has a deep love for Penn State and for Smeal. He demonstrates our core values of honor and integrity in his personal and professional life, and he is generous with his time, returning to campus to lecture, mentor and recruit our students for internships and full-time employment.”

Dreibelbis began his career at Kraft Foods after earning his degree in Operations Management. He said that he was recruited to human resources at a time when companies were trying to get labor and management to work in a more collaborative fashion.

“As someone who knew supply chains well, I had a huge advantage,” he said.

He received certification in administering and negotiating a labor agreement in 1992.

During his four-year tenure as director of labor and employee relations at Walt Disney Company, he successfully negotiated their labor contract twice, an accomplishment he said he is still proud of today.

Land O’ Lakes came calling in 2008, and he has spent the last 12 years there, first as director of human resources supply chain operations. He assumed his current position in 2013.

When the couple moved to Florida, Sherry left the health care field and found her true passion: She became a nanny for a family with a Penn State connection of its own. Over the years, Sherry and the family grew close, and while the Dreibelbis’ chose not to have children of their own, they proudly say that Sherry has two kids and four grandchildren.

Dreibelbis said that attending Penn State was a foregone conclusion.

“My dad, Stewart Dreibelbis, was a Penn Stater and a 1958 graduate of the College of Engineering,” he said. “Once my parents started to dress me in blue and white, it was over for me. I just wanted to follow in his footsteps. I even wanted to be an engineer, like my dad.”

When he was 7 years old, Dreibelbis was diagnosed with juvenile diabetes. His parents, concerned about sending their diabetic son to University Park as a freshman, encouraged him to consider Penn State Berks instead.

He called it one of the best decisions he ever made.

“I’m always going to have a spot in my heart for Berks. It has outstanding faculty and facilities. The career center staff really listened to what I wanted to do and helped me figure out how to do it,” he said. “I grew up there.”

As a member of Berks’ Business Advisory Board, Dreibelbis recognizes the importance of scholarship support for students from the Reading, Pennsylvania area. That’s why he and Sherry wanted to endow the Brian and Sherry Dreibelbis Scholarship in Business at Berks.

“Brian and Sherry Dreibelbis’ support of Penn State Berks makes it possible for students and their families to achieve their dreams of earning a degree from one of the greatest universities in the world,” said Penn State Berks Chancellor Emeritus R. Keith Hillkirk. “My colleagues and I are grateful for their generosity and their Penn State spirit of paying it forward.”

Dreibelbis transferred to the University Park campus for his junior and senior years. It was there that he discovered his love for supply chain management.

“It had a lot of industrial engineering components to it but focused on the business side: things like inventory management and production scheduling,” he said.

“The biggest thing for me is how I was taught at Penn State. It was really about the values and the culture. Students are taught how to get things done.”

Dreibelbis said that he’s proud that the school is consistently ranked among the leading supply chain programs in the country for both undergraduate and graduate education. He said he and Sherry wanted to do something to make sure the college was able to invest in its world-class faculty, and he hopes this gift can help Penn State continue to be recognized as a leader in the field.

“The Dreibelbis’ gift to create the Brian and Sherry Dreibelbis Excellence Fund in the Smeal College of Business will help ensure Smeal remains one of the nation’s leading schools for supply chain education, and I am thankful for their support,” Whiteman said.

“The Supply Chain Management program at Penn State provides students with a transformative learning experience that helps them understand business problems from end-to-end, which includes customers, suppliers and other critical stakeholders that traverse the globe,” he said.

“It would not be possible to deliver a cutting-edge curriculum without the active engagement of alumni like Brian and his wife, Sherry. Their gift will help the college continue to be at the forefront of supply chain management education and develop future business leaders.”

Dreibelbis said the decision to give back to Penn State was an easy one.

“I’m just honored and humbled that Sherry and I get to make a difference,” he said.

Gifts to the University will advance "A Greater Penn State for 21st Century Excellence," a focused campaign that seeks to elevate Penn State’s position as a leading public university in a world defined by rapid change and global connections. With the support of alumni and friends, “A Greater Penn State” seeks to fulfill the three key imperatives of a 21st-century public university: keeping the doors to higher education open to hardworking students regardless of financial well-being; creating transformative experiences that go beyond the classroom; and impacting the world by serving communities and fueling discovery, innovation and entrepreneurship. To learn more about “A Greater Penn State for 21st Century Excellence,” visit greaterpennstate.psu.edu. 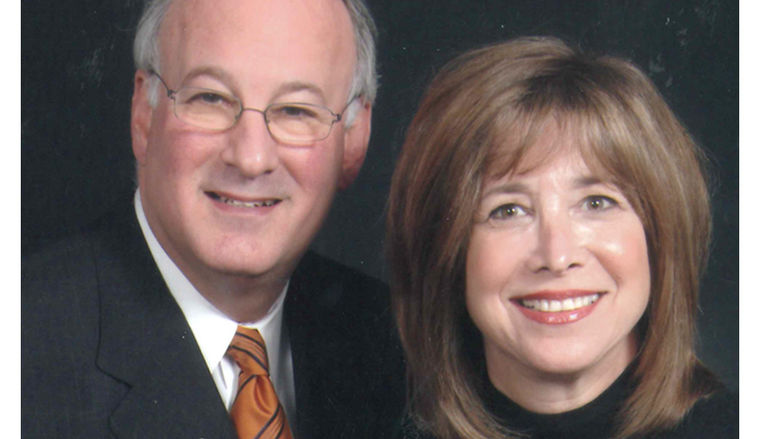