WYOMISSING, Pa. — The Flemming Creativity, Entrepreneurship and Economic Development Center at Penn State Berks will present a webinar titled “Innovation and Intrapreneurship (I2) in the 21st Century,” in which innovators will share their experiences and challenges, from 7 to 8 p.m. Tuesday, March 23, via Zoom. This event is part of the 2021 Spring Entrepreneurship Speaker Series, and it is free and open to the public. All participants must pre-register and meeting information will be sent via email.

Panelists include Darrell Alston, owner and CEO of Bungee Brand, and Daniel E. Goldberg, founder of For Eyes and academic director of the business management program, Fox School of Business, Temple University. 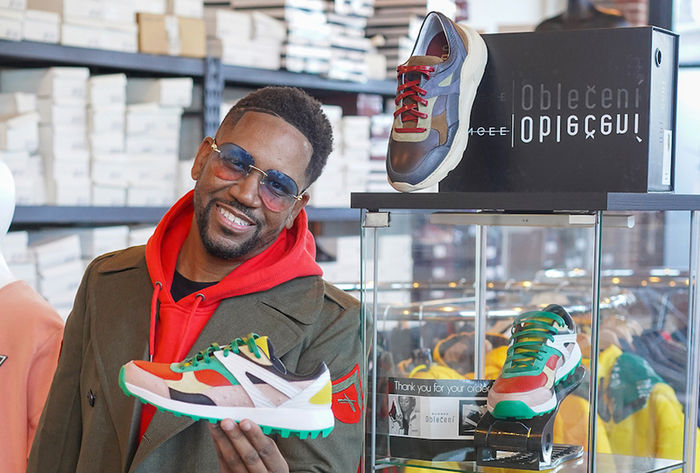 Darrell Alston is the CEO and lead designer of Bungee Brand, a unique, high-quality sneaker and clothing company. Formerly a rapper, Alston enjoyed success and notoriety, which led to him joining a few well-known tours. However, his life took a turn and he was arrested and sentenced to prison for more than six years. During that time, he realized a number of things that are important to who he is today. He learned that he had a talent for design and spent his free time sketching and developing unique sneaker designs. After his release, Alston started a hair-cutting business and began to share his story whenever and wherever he could, including at high schools. This led to interviews for television, magazines, and newspapers. The attention not only helped him to share his story but also led to meeting some incredibly important mentors and advisers. While cutting hair and doing speaking engagements, he continued to design sneakers, and used his earnings to pay for his first sneaker order. That was six years ago, and while his Bungee Brand is growing, he’s still going out to tell his story, hoping to help at least one young man or woman.

Dan Goldberg is the founder of the national optical retail chain For Eyes, along with its ancillary businesses, which include an optical manufacturing facility and an export/import enterprise. He is also the founder of Goldberg Strunk and Levy, an international management, marketing, advertising, and public relations firm; Atrun Oil and Gas, an oil and gas exploration and production joint venture between American entities and the Russian government; and Dan Goldberg Consulting, LLC. Goldberg has been interviewed about his unique sales approach by national media from coast to coast. He is the author of three books, including "The Entrepreneur’s Guide to Successful Leadership." In addition, he served as the chairman of the Deans’ Boards at the Kutztown University College of Business and the Drexel University School of Public Health. He also helped to develop and chaired the entrepreneurship and innovation (ENTI) intercollege minor board at Penn State Abington, where he served as lead faculty member for ENTI from 2014 to 2018. Today, Goldberg serves as the academic director of the business management major at Temple University. He has taught at Penn State and Temple since 2008 and has helped countless students with their entrepreneurial dreams as both a mentor and guide.

For more information, contact Sadan Kulturel-Konak, professor of management information systems and the director of the Flemming CEED Center, at [email protected].

About the Flemming Creativity, Entrepreneurship and Economic Development Center
The Flemming Creativity, Entrepreneurship and Economic Development (CEED) Center is located within the Gaige Technology and Business Innovation Building at Penn State Berks. The mission of the Flemming CEED Center is to inspire an entrepreneurial spirit and innovative thinking in the Penn State Berks community. The Center seeks to foster economic growth and development in the Greater Reading area through technology-based solutions, human capital development, and enterprise creation.