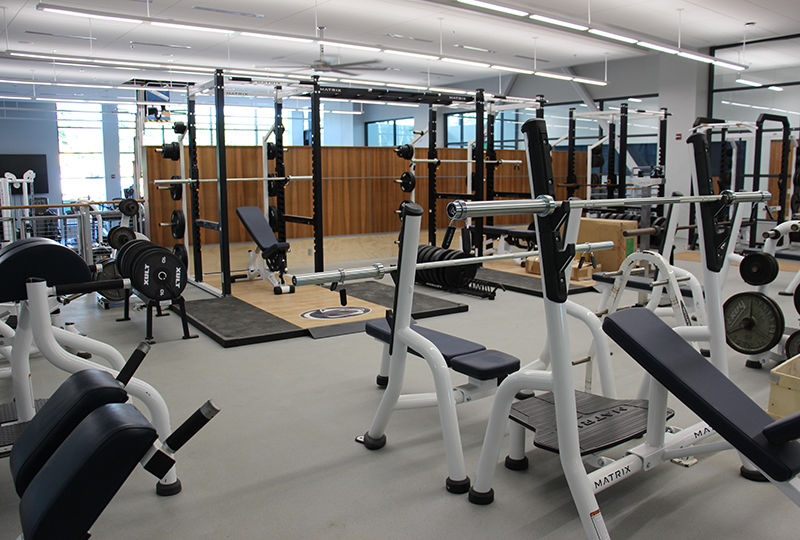 The fitness center in the Beaver Athletics and Wellness Center at Penn State Berks.

WYOMISSING, Pa. — Penn State Berks will open areas within the first phase of construction and renovation of the new Beaver Athletics and Wellness Center to students, faculty and staff on Monday, Oct. 4. This includes areas that are most frequently used by students, such as the weight room, fitness center, locker rooms and kinesiology classrooms.

The auxiliary gym, dance/yoga studio and trainers’ room are slated to open by the end of October and the convenience store, located on the second-floor addition — which now connects the Beaver Athletics and Wellness Center to the Perkins Student Center — is scheduled to open later in the semester. The remaining areas in the second phase of the project are slated to open in April 2022.

The dance studio in the Beaver Athletics and Wellness Center at Penn State Berks.

“We are very excited about opening these main areas in the new Beaver Wellness and Athletic Center and all the enhanced opportunities that it will provide to our students, from NCAA athletics to academics to general wellness and recreation,” stated Penn State Berks Chancellor George Grant Jr. “Students will enjoy a richer experience on campus with the completion of phase one of construction and renovation, and we look forward to even more opportunities with the grand opening in spring of 2022.”

The $30.4 million renovation and expansion effort to transform the center into the new Beaver Athletics and Wellness Center is designed to address space inadequacies to support current and future programs offered to students, particularly within kinesiology. The project also supports the campus’s membership in NCAA Division III competition in 12 sports, including men’s and women’s basketball and women’s volleyball, which compete in the center. For these teams as well as a host of intramural and club sports, the expanded Beaver Athletics and Wellness Center will provide a stronger foundation for student-athletes’ competitive success.

Building onto the existing structure, the project modernizes and reorganize the interior spaces, and constructs an enclosed walkway connecting it to the Perkins Student Center, to which new rooms also will be added. This will double the available space and have significant impact in three main areas:

– Academics: Both teaching and research in kinesiology will be supported by two new flexible-use classrooms, an exercise physiology lab, a biomechanics lab and faculty offices. 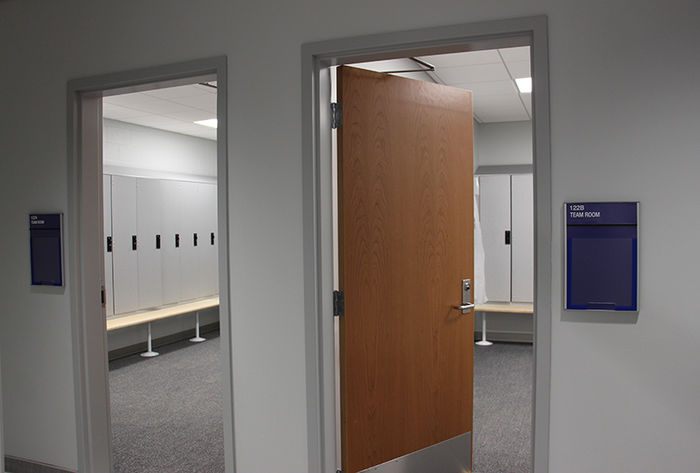 A locker room in the Beaver Athletics and Wellness Center at Penn State Berks.

– Recreation and wellness: The broader student body will enjoy a much larger and better-equipped fitness center and an auxiliary gymnasium that will increase accessibility for intramural and club teams and other students.

Central air-conditioning and aesthetic enhancements will make the building a far more attractive and usable space.

The original Beaver Community Center is named for the late Howard O. “Mike” Beaver Jr., who graduated from Penn State with a bachelor of science in metallurgy and went on to serve as president and CEO of Carpenter Technology. Beaver chaired the Berks Campus Capital Campaign, which raised funds for the construction of the center. The facility opened in 1979, supported entirely by private contributions. He served 12 years on the Penn State Board of Trustees and was named a trustee emeritus in 1992. Beaver passed away in 2008.

Atkin Olshin Schade Architects, with offices in Philadelphia and Santa Fe, New Mexico, was the lead architectural firm. The firm partnered with Hastings & Chivetta Architects of St. Louis, Missouri, on the project.

In addition to the $23.3 million from Penn State’s capital plan funds, the Berks student body has committed $5 million from its Student Initiated Fee toward the project. The balance will be funded by Housing and Food Services, the University Access Committee and Berks campus. 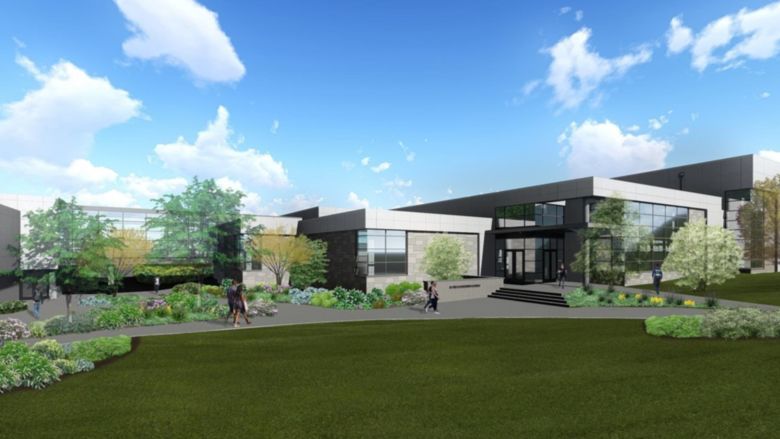 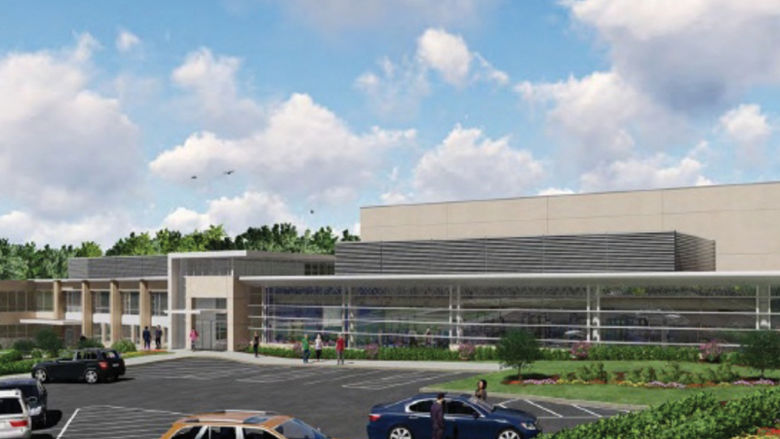