Bill Speth served in safety and security
By Emily Collins

Speth, of Spring Township, Berks County, Pennsylvania, began his career at the campus in January 2002. As group leader of safety and security programs, he was responsible for overseeing security operations, handling parking permits, property inventory and reports, hosting educational programs and safety programs for faculty, staff and students, as well as serving as back up to emergency departments and the campus nurse. 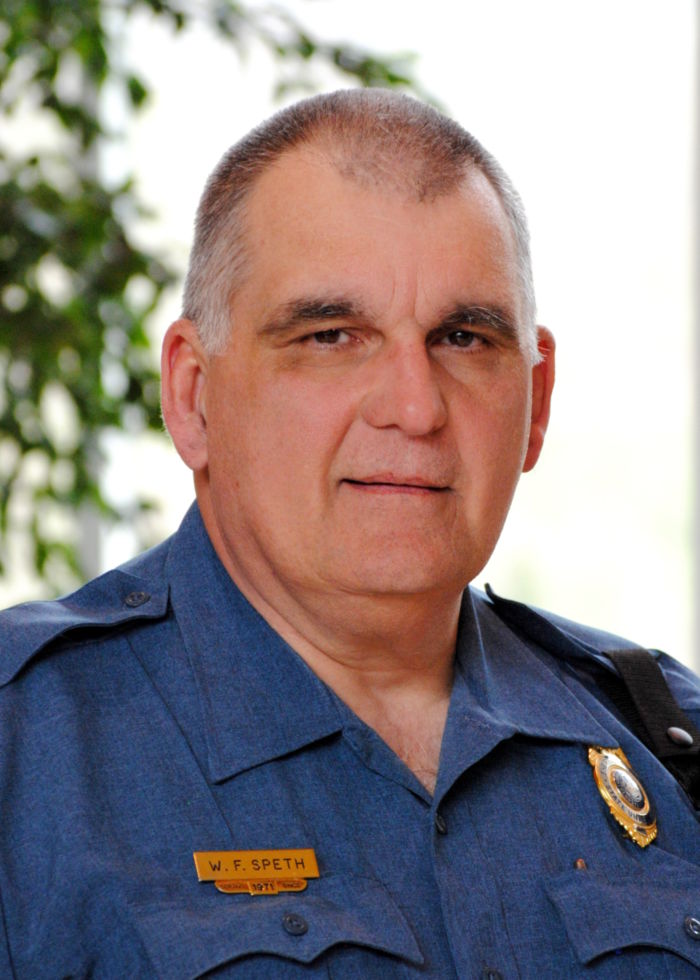 Bill Speth, group leader of safety and security programs, has retired after 15 years of service at Penn State Lehigh Valley.

Previously, Speth was a police officer for 30 years in Spring Township. His experience as an officer, then sergeant and then as chief of police was utilized at Penn State Lehigh Valley.

Penn State has been a large part of Speth’s life. In the 1970s, he worked part time at Penn State Berks for seven years in the campus' security department. He has worked at Beaver Stadium on the weekends for 14 years as security for home football games. Speth has also assisted with events at the Bryce Jordan Center and Rec Hall at University Park, as well as helping with move-in days and graduations at Penn State Berks. And for the past seven months, Speth has been helping out at Penn State Brandywine on the weekends.

Looking back, Speth said his favorite part of working at Penn State Lehigh Valley has been interacting with the students.

“I’ve had a good relationship with the students on this campus. Over the years many have transferred to University Park, and I would see them at Beaver Stadium at the football games and they would be very surprised, but excited, to see me.”

Speth gave credit to the campus administration and other departments for the success in his own department.

“It has been great working with all of the departments on campus. It’s been a real collaborative effort. The administration has been very supportive of our department,” said Speth. “Chancellor Richardson views safety as a top priority. I can’t say enough about the positive support.”

Speth has a long history in security. While a student at Kent State University, Speth was working in security at the dorms in May 1970 while the Vietnam War protests were taking place. He witnessed history as he saw the burning of the ROTC building and worked to keep the campus safe during that tumultuous time.

When asked about the future, Speth said he’s looking forward to spending time at home with his family. He plans to finish some home projects and wants to spend time with his grandchildren and his two daughters, one lives locally and the other serves in the U.S. Navy and will be coming home from Japan this summer.

Many of Speth’s friends and colleagues attended a retirement celebration for him on his last day of work on Jan. 31 at the Lehigh Valley campus.