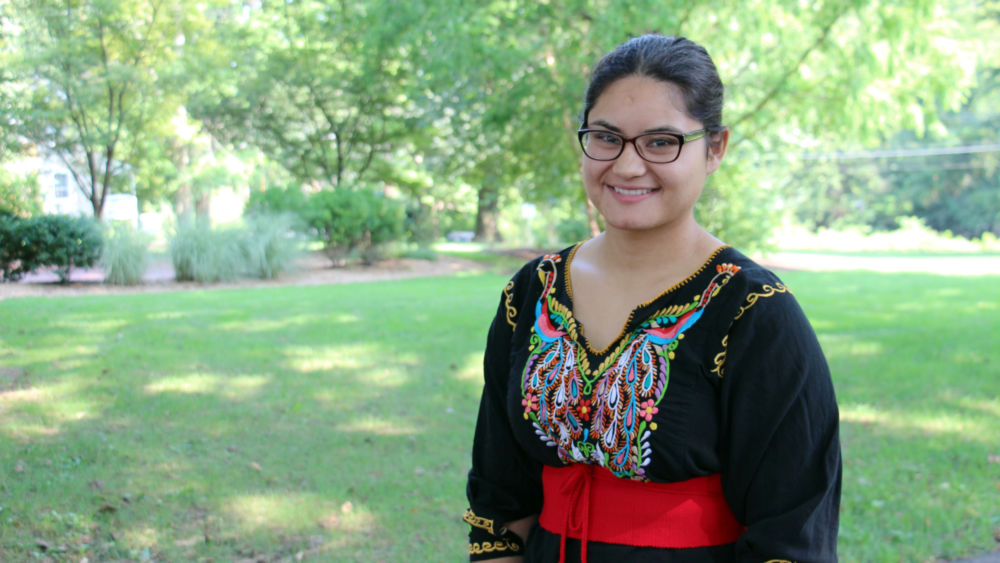 Gabriela Gonzalez-Magana, a Penn State Berks sophomore, had an opportunity to complete a summer internship with PeopleJoy.

WYOMISSING, Pa. — Thanks to a series of connections made possible by the Penn State Berks Langan LaunchBox, computer engineering major Gabriela Gonzalez-Magana completed a summer internship with PeopleJoy — a startup company providing financial health coaching and a variety of services including student loan repayment programs for its clients’ employees.

Gonzalez-Magana, a sophomore living in Reading, Pennsylvania, began serving as an operations intern for the company on May 22. As an operations intern, she created a knowledge database for future PeopleJoy employees by providing a step-by-step guide on promoting the company’s services to schools, business and industry, and other organizations. She also gathered information for PeopleJoy’s LinkedIn group accounts. While her internship focused on databases, she also learned a great deal about sales and marketing.

The internship allowed her to complete much of the work remotely with periodic visits to the Philadelphia startup. When the internship ends on Aug. 22, Gonzalez-Magana will already have begun her junior year at Penn State University Park campus, where she will complete the computer engineering degree program.

The internship came to be after a series of networking events and meetings. It all began when Gonzalez-Magana and her fellow students attended the Black & Brown Founders Conference, an event for aspiring entrepreneurs of color created by Penn State Berks alumna Aniyia Williams. Solange Israel-Mintz, project manager for entrepreneurial and business initiatives at Penn State Berks, chaperoned the group, and it was there that Israel-Mintz met Emeka Oguh, CEO of PeopleJoy. When Oguh later expressed the need for an intern, Israel-Mintz connected him with Gonzalez-Magana.

Originally from Mexico, Gonzalez-Magana chose Penn State because she wanted to major in engineering and the University has a reputation for being one of the best in the field. Attending Penn State Berks also allowed her to remain at home for the first two years and save money before going to University Park campus.

During her time at the college, Gonzalez-Magana took advantage of every opportunity, from enrolling in the summer bridge program for underrepresented and first-generation engineering students to joining the college’s chapter of the Society of Women Engineers and FiERCE, a student organization that works to encourage middle school girls to pursue careers in engineering. In addition, the Reading High graduate participated in the Penn State Partnership Program.

During her first year, she completed Penn State College of Engineering’s Multi-Campus Research Experience for Undergraduates. Her research was based on human emotions and robotic interactions through physiological signals. She also completed an internship at Opportunity House, where she worked on the organization’s database and received several scholarships during her time at Penn State Berks as a result of her accomplishments

When asked how her time at Penn State Berks has helped her prepare for the future, she said, “The professors here are really helpful. I learned that there are no barriers; the sky’s the limit!”

Invent Penn State is the $30 million Commonwealth-wide initiative to spur economic development, job creation and student success, launched by Penn State President Eric J. Barron in 2015. Penn State Berks, in partnership with Penn State Health St. Joseph, was awarded two $50,000 Invent Penn State grants, leading to the creation of the Langan LaunchBox. As an innovation hub, the Langan LaunchBox provides a physical meeting space in Reading for budding entrepreneurs to discuss their business plans with community mentors and includes many resources, such as 3D printing technology.