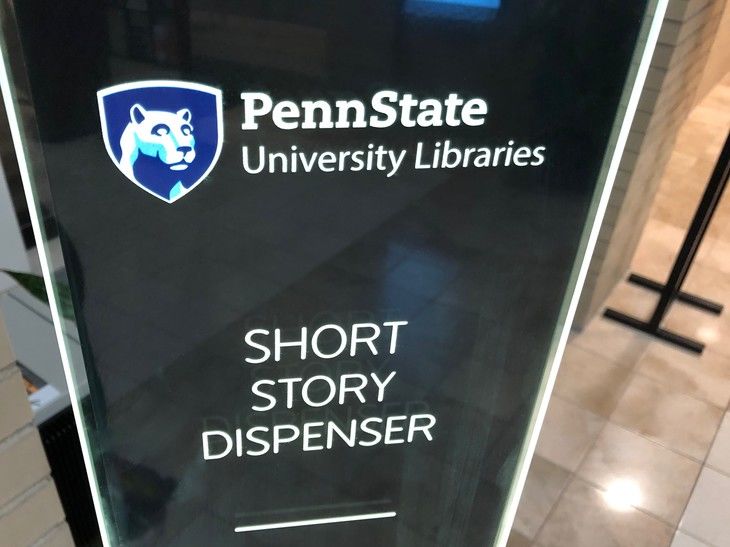 Libraries Short Stories spring contest winners explore 'The Other Side'

UNIVERSITY PARK, Pa. — The winning writers of Penn State University Libraries Short Stories’ “The Other Side” spring 2019 contest shared a variety of perspectives and focused on the small, everyday moments.

“We were surprised at the wide range of characters, worlds and storylines that were submitted,” said Hailley Fargo, Penn State student engagement and outreach librarian and Libraries Short Stories Editorial Board member. “It was a treat to read all the submissions and a bit of a challenge to choose our final winners.”

Each of the four Libraries Short Stories Editorial Board winners and the People’s Choice winner will receive a $100 Visa gift card. All winners and honorable mentions will have their stories placed on the Libraries’ Short Edition short story dispensers.

The People’s Choice winner, “The Letters,” received the most online reader votes via the Libraries Short Stories website during the contest. Its author, Anas Alamoudi, is a student in the Intensive English Communication Program at the University Park campus from Jeddah, Saudi Arabia.

In all, 77 submissions were received, representing nine campuses. This is almost double the number of entries from the fall 2018 writing contest.

Anyone with a Penn State email address and anyone from Centre County, Pennsylvania, can sign up for an account to submit original creative works to the site, and can vote for and also leave reader comments on other writers’ stories. Centre County writers not affiliated with Penn State will have their work considered for distribution from Schlow Centre Region Library’s Short Edition short-story dispenser, and some will have their work added to the University Libraries’ nine other short-story dispensers, along with other previous contest winners.

Matt Ciszek, head librarian of the John M. Lilley Library at Penn State Behrend, is leading coordination of Commonwealth Campus Libraries’ short-story dispensers. He said most dispensers are scheduled to rotate regionally to the University Libraries location among all Commonwealth Campuses, likely on a per-semester basis.