Hunter M. Beane and Elizabeth C. Hunsicker have a lot in common: They are both seniors in the Penn State Berks elementary and early childhood education degree program, both have a minor in special education, and both completed their student teaching at Glenside Elementary School. On Saturday, May 9, they will have one more common experience when they share the role of student marshal during the college’s virtual spring commencement ceremony.

While Beane’s and Hunsicker’s paths to Penn State Berks were somewhat different, they arrived at the same destination, well prepared for careers in education. And they became good friends along the way. 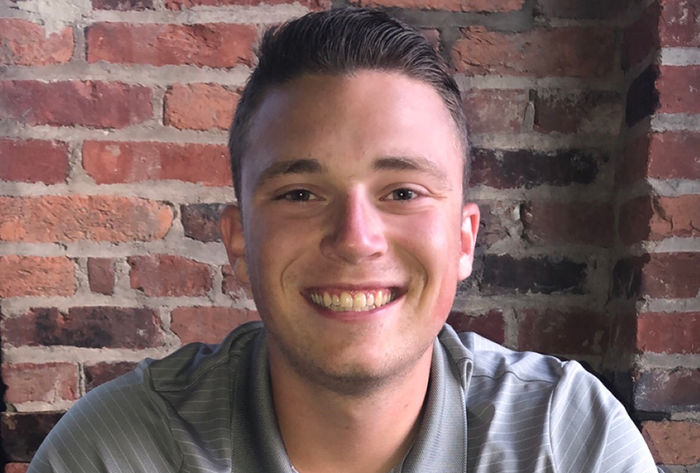 Beane of West Reading, Pa. explains that he chose Penn State Berks for a number of reasons. First and foremost, he wanted to remain close to home and maintain ties to the Wyomissing community, which began when he was in high school. During his time at Penn State Berks, he worked for his alma mater, Wyomissing Area High School, as a middle-school football, basketball and baseball coach.

His work in the community didn’t end there. During the past two summers, he has served as the assistant playground supervisor for the Reading Recreation Commission, where he planned and delivered children’s summer activities for nine playgrounds.

“I love community service and working with children. I started getting involved in high school, volunteering with the Recreation Committee in West Reading,” he explained. “I also love how Penn State is a big part of the local community.”

Beane stated that he was also excited about the opportunity to earn a Penn State degree close to home, allowing him to commute for all four years and save money.

Meanwhile Elizabeth “Liz” Hunsicker of Telford, Pennsylvania, began her studies at the University of Pittsburgh’s main campus in Oakland, Pennsylvania, located right outside downtown Pittsburgh. After her first year, she transferred to Penn State Berks. 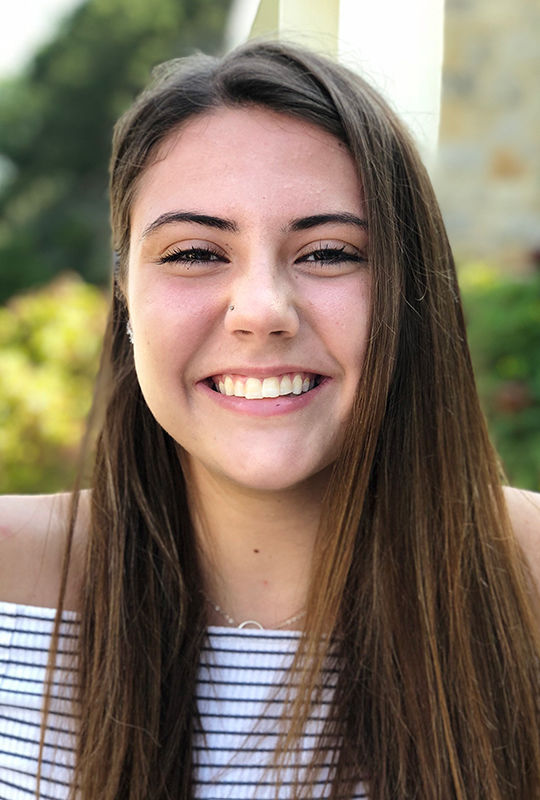 “Pitt's campus didn't give me a sense of community. I wanted a smaller school and I heard only good things about the education program at Penn State Berks. Then I found out that the college had a bowling team and that was it,” commented Hunsicker, an avid bowler. She added that her brother attended Berks and had a great experience.

“My college experience would not have been the same without the bowling team; I met some of my very best friends through bowling,” stated Hunsicker. After her first year at Berks, she became treasurer and then team president. “We competed in several tournaments each year and had the opportunity to travel to places like Indianapolis, Chicago, and New York. Over the course of my time on the team, we won two tournaments: the Blue Hen Classic in Delaware in 2018 and the SUNY Schenectady Invitational in New York in 2020. I was also the only girl on the team!”

Both Beane and Hunsicker completed their student teaching as third-grade teachers at Glenside Elementary School, part of the Reading School District. In fact, their classrooms were located across the hall from one another, another commonality that they enjoyed.

“I adored my placement at Glenside and miss my third-grade students every day,” stated Hunsicker. “I learned so much about lesson planning, building rapport, assessing, differentiating instruction and more from my mentor teacher and our class. I am disappointed I will not have the chance to say goodbye to them in person but I know they are working hard at home. I also appreciated the opportunity to help out with distance learning. I learned about technological resources that are available that I may want to incorporate into my future classroom, whether it is in person or online.

Beane also had a valuable experience at Glenside, stating, “I credit my growth as an educator to my mentor teacher and Penn State Berks student teaching supervisor Dr. Elaine Meils. They have taught me how to adequately plan and deliver instruction through data-based analyses,” he stated. “I was able to incorporate real-life experiences into the science curriculum. I ran an after-school program called Lego Town Club, which focused on community and creativity. The urban setting has taught me that when given the right support, [every child] can excel.”

Hunsicker and Beane both excelled academically during their time at Penn State Berks.

When she first transferred to Berks, Hunsicker became a member of the Tau Sigma Honors Society, an honor society specifically for transfer students. She went on to become a Schreyers Honor Scholar, and at the end of her last semester, she was one of five Penn State Berks students to receive a Schreyer Honors Medal, awarded upon completion of the requirements of the Schreyer Honors College, including a capstone honors thesis. Her thesis, which was just accepted for publication, is titled "Perceptions of Male Elementary School Teachers: Do They Matter?”

“Being a part of the Schreyer Honors College allowed me to develop strong relationships with my professors, conduct research, and present at conferences. It has enriched my academic experience,” comments Hunsicker. “Writing a thesis was a difficult, long, but rewarding process. Ultimately, I learned a lot about teachers, students and ways I can better myself as an educator.”

In addition, Hunsicker made the Dean’s List every semester during her time at Berks. She also worked as a teaching assistant for a year.

Through the elementary and early childhood education degree program, Hunsicker had the opportunity to travel to Germany as part of an embedded study abroad course in May 2018. “I was able to observe German elementary school classrooms, which changed my perspective of education as a whole and helped me become a culturally responsive teacher. I also developed relationships with German university students and had meaningful conversations about the differences we notice in our classrooms.”

During his time at Penn State Berks, Beane took advantage of every opportunity to serve the community, and he received the college’s Martin Luther King Jr. Award, the Elementary and Early Childhood Education Academic Service Award and the Excellence in Sociology Award for his efforts.

Beane also worked on the college’s Environmental Awareness and Community Action Project, where he helped to create a map of accessible walking paths on the Schuylkill River Trail in Reading. He continued in a work study position to help run the project in the following semester.
Through the elementary and early childhood education program, Beane volunteered with Camp Noah, a nationally recognized preparedness and resiliency day camp offered to elementary-age children in communities impacted by a disaster or crisis. During his time with Camp Noah, Beane traveled to Orange, Texas to work with children who were impacted by Hurricane Harvey.

When asked how Penn State Berks has prepared them for a future in education, Hunsicker replied, “I appreciated that Penn State Berks gave us the opportunity to be in the classrooms as early as possible. We were constantly observing in different schools and in different grade levels beginning freshman year. I feel that this allowed me to develop my personal teaching philosophy early; I was able to observe strategies I wanted to use in my future classroom. I am confident in my ability to effectively teach my students and am excited to have a classroom of my own in the future!"

Beane added, “Penn State Berks has prepared me in terms of how much I’ve grown professionally and how much I’ve matured. It has just made me the best version of myself.”

Penn State’s virtual commencement ceremony, set for 2 p.m. on May 9, is the first step in recognizing the Class of 2020. The ceremony will be livestreamed, and available internationally, at https://spring2020.commencement.psu.edu/ in celebration of the completion of the academic experience of more than 14,000 Penn State students. It is expected to be 40–45 minutes in length.

Following the livestream ceremony, the Penn State Berks commencement webpage will go live, recognizing the accomplishments of the college’s more than 270 graduates. Graduates, friends and families will be able to view the Berks webpage, which will be linked to the virtual ceremony website, for a more personal experience, including individual student recognition and brief video messages from Chancellor R. Keith Hillkirk and our two student marshals, Hunter M. Beane and Elizabeth C. Hunsicker.