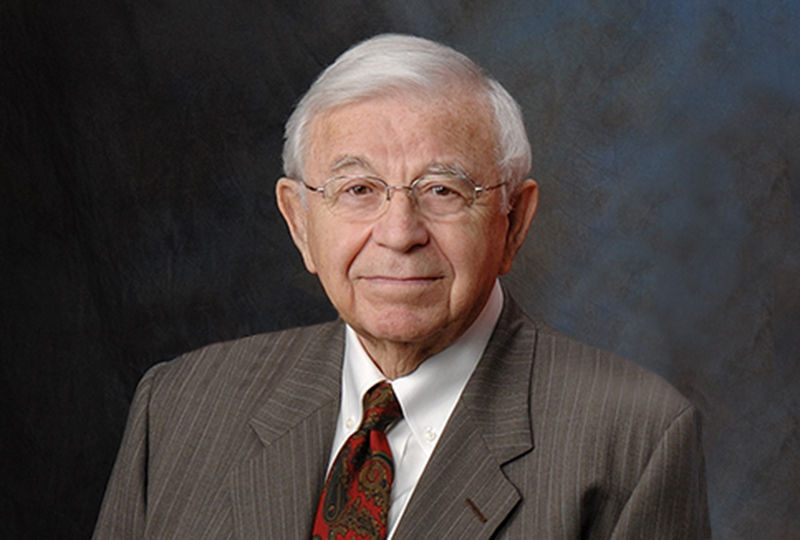 WYOMISSING, Pa. — Penn State alumnus Irvin Cohen, 95, of Reading, passed away on Jan. 9, in his home surrounded by family. Irvin, known as “Irv” to all, is survived by his wife of 70 years, Lois. Both Irv and Lois Cohen have been long-time friends and supporters of Penn State Berks and the University. Most recently, they partnered with Vic and Dena Hammel to create a fellowship program designed to prepare Penn State Berks students to become engaged ethical leaders in the 21st century, the Cohen-Hammel Fellows Program.

Cohen was a graduate of Mount Penn High School and Penn State, where he met Lois. He and Lois were proud Penn Staters who spent many weekends at football games and also became enthusiastic supporters of the Penn State Musical Theatre program at University Park. They were active alumni at Penn State Berks, where Cohen served on the campus’ Advisory Board.

A World War II veteran, Irv was the founder and CEO of Eastern Machine Products Inc., a metal stamping and fabricating business, and Construction Fasteners Inc., an internationally recognized industrial fastener manufacturer, based in Wyomissing. After retiring from Construction Fasteners, he helped establish the Cambridge Day Schools and became involved in other businesses.

A passionate supporter of the arts, he was one of the founders and a vice president of the GoggleWorks Center for the Arts and a board member of the Reading Public Museum. He believed strongly in supporting his community, especially the children of Reading. He and Lois chaired a capital fund drive for Opportunity House and donated a theater to the Police Athletic League.

The Cohens contributed to dozens of local organizations. The couple received numerous awards for their philanthropy, including Eastern Pennsylvania Philanthropists of the Year, the Berks Art Council Pagoda Award, the Thun Award, and an induction into the Junior Achievement Hall of Fame. Cohen was past president of the Reading Jewish Community Center. He and Lois were also lifetime members of Temple Oheb Shalom.