A trail run in Birdsboro, Pennsylvania, has been renamed in memory of a Penn State alumnus, and money from the race will support the College of Communications.

The “Chobot Challenge” will provide support to students in the college. The approximately 8-mile run, conducted by Pretzel City Sports, will take place July 13.

Registration for the event costs $34 before June 30 and $39 afterward. Any amount paid over the registration fee will be donated to support communications students. For more information or to register for the trail run, visit http://www.pretzelcitysports.com/chobotchallenge.html online.

Michael Chobot, an Emmy Award-nominated sound engineer, earned his film-video degree from Penn State in 2009. He died in August 2013 after a battle with leukemia. He was 26. To honor Chobot and his contributions to the College, the Michael T. Chobot Studio has been named in Carnegie Building on the University Park campus.

Chobot, honored posthumously with the Emerging Alumni Award by the College of Communications Alumni Society Board in 2013, was known for his enthusiasm and passion. He was a sound engineer and mixer for DuArt Film in New York City. His Emmy nomination was for Outstanding Music and Sound as part of his work with “An Original DUCKumentary.”

During his time at Penn State, Chobot worked in the College of Communications equipment room and was a high school film camp counselor. Professors enjoyed having him in class and on set, and Chobot enjoyed composing music and reciting musical quotes. He loved hiking, kayaking, running and being outdoors -- making the trail run a fitting tribute. In high school he was a member of the cross country team. 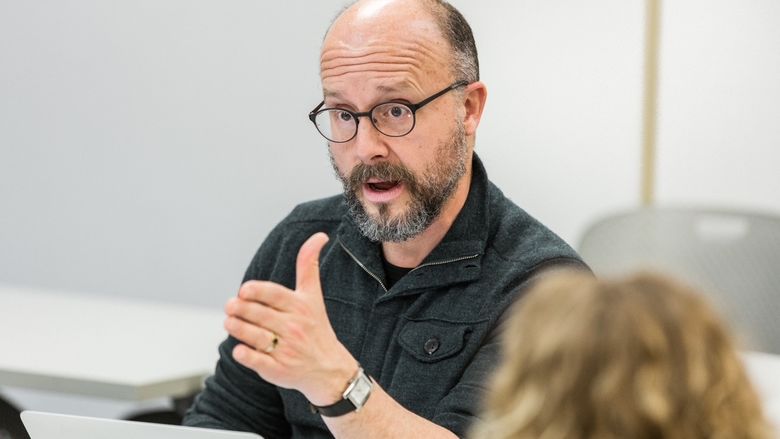