Penn State Berks community helped to run and judge the tournament and referee the robot competition. 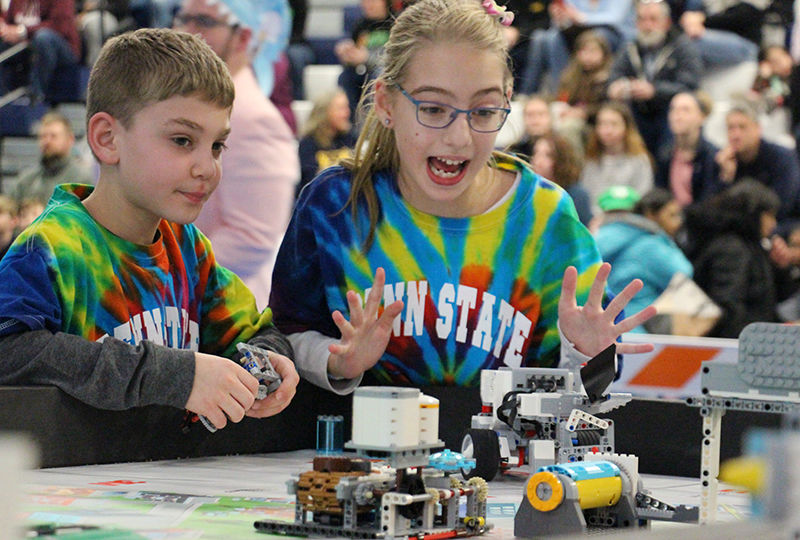 The 329 elementary and middle school students who participated in the FIRST (For Inspiration and Recognition of Science and Technology) LEGO League Challenge used the competition elements as building blocks to learn about teamwork, problem-solving and gracious professionalism.

The students came from 19 Pennsylvania counties. They had the opportunity to showcase their months of hard work during the second annual FIRST LEGO League competition, hosted by Penn State Berks on Saturday, Feb. 3. 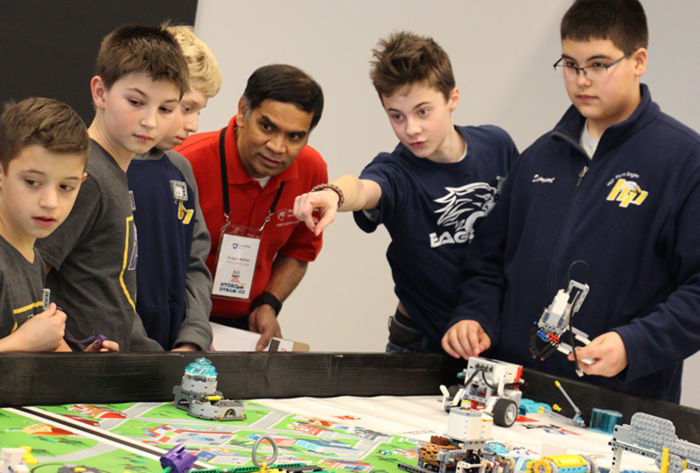 This season's FIRST LEGO League competition challenge was HYDRO DYNAMICS For the project, each team was tasked with finding a way to improve how people find, transport, use or dispose of water; create an innovative solution that adds value by improving something that already exists, using something that exists in a new way, or inventing something totally new; and share their solution with others.

Kathleen Hauser, coordinator of the event and instructor in engineering at Penn State Berks, explained that each challenge, based on a real-world scientific topic, has three components: the Robot Game, the Project, and the Core Values. Teams of no more than 10 students each, each with at least two adult coaches, participated in the challenge by programming an autonomous robot to score points on a themed playing field (Robot Game) and developing a solution to a problem identified by the challenge (Project), all guided by the FIRST LEGO League Core Values.

For the first time, teams from Berks County participated in the event. Four local teams competed: “Bots to New Heights” from the Brandywine Heights School District, “High Point Eaglbots” from High Point Baptist Academy in Geigertown, “Northeast Champs” from Northeast Middle School, and “Smart Software,” a team made up of the children of Penn State Berks faculty and staff. Smart Software team members came from various local schools and were united by their love of LEGOs. 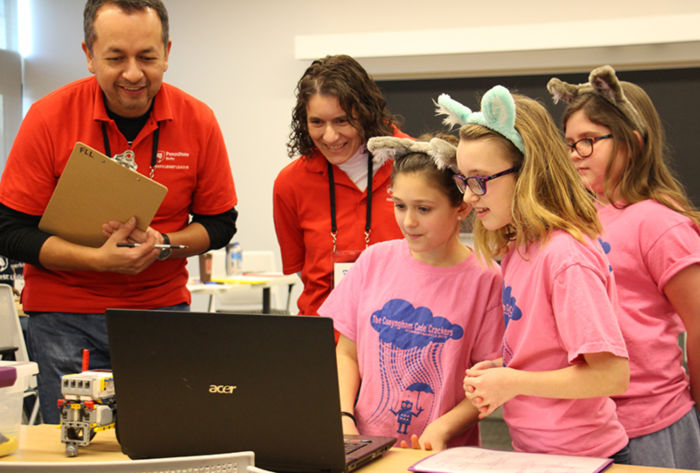 Their project started with a field trip to the Tulpehocken Creek, led by Jill Felker. Afterward, the team brainstormed about watershed issues for the project and decided to focus on pollution and water filtration as their problem. For their robot, they designed arms to help carry water and force rain from a cloud made of LEGO bricks. They received a positive response from the judges.

Meanwhile, the Northeast Champs finished 17th in the competition–the highest for the Berks County teams. For their robot, they assembled an attachment needed to install a water pipe.

A fifth team from Glenside Elementary School in Reading has begun implementing the program but did not officially compete in this year’s Challenge.

The Penn State Berks Volunteer Award, recognizing the time and effort invested in the tournament, went to Laura Harak and Kim Schreffler from the college’s Office of Development. Hauser stated that their efforts were invaluable to making this year’s tournament a success.

Penn State Berks faculty, staff, and students, as well as volunteers from the local community, helped to run and judge the tournament and referee the robot competition. 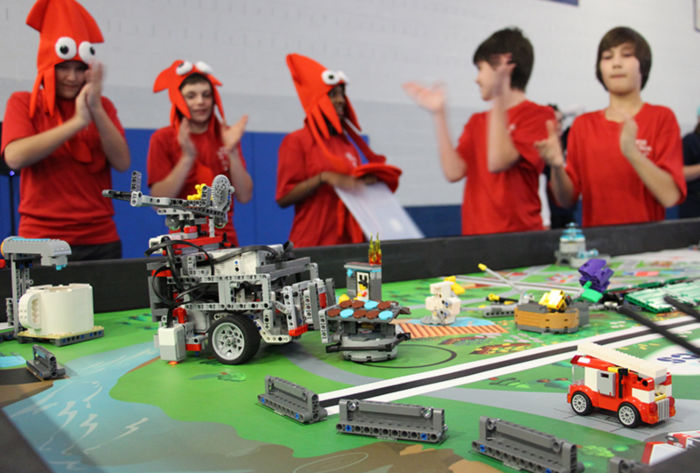 Hauser said that Penn State Berks students learned the value of sharing their time at an event that engages children in the community in a STEAM activity. “We are engaging our youth in the science, technology, engineering, arts and math fields and having a whole lot of fun doing it,” said Hauser. 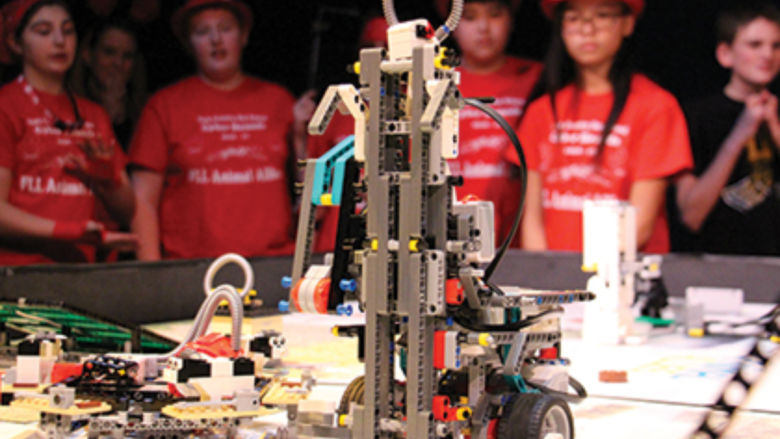 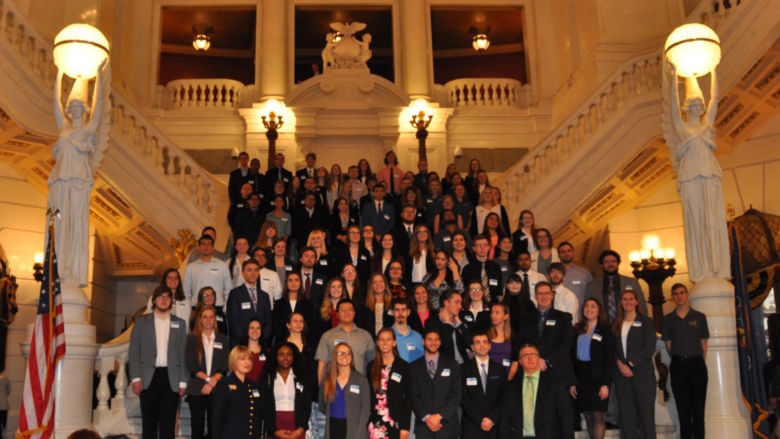 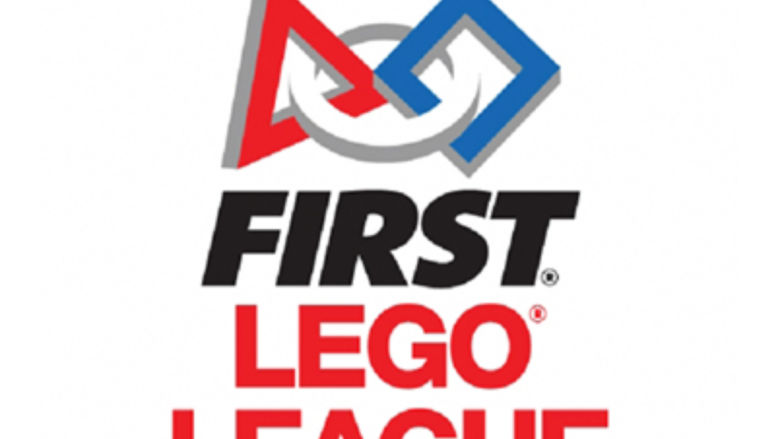 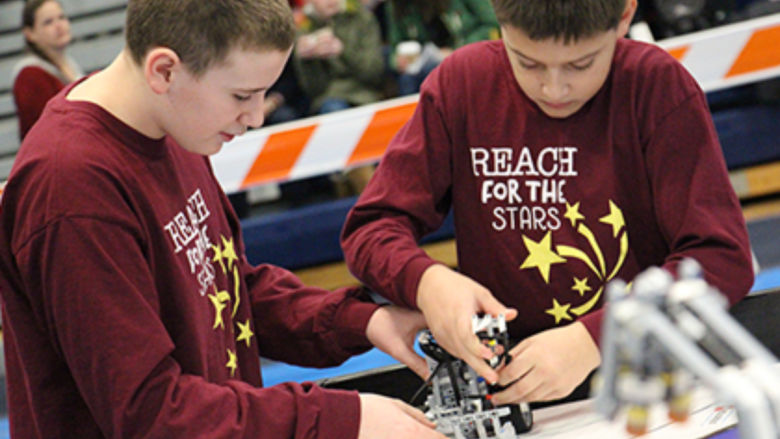 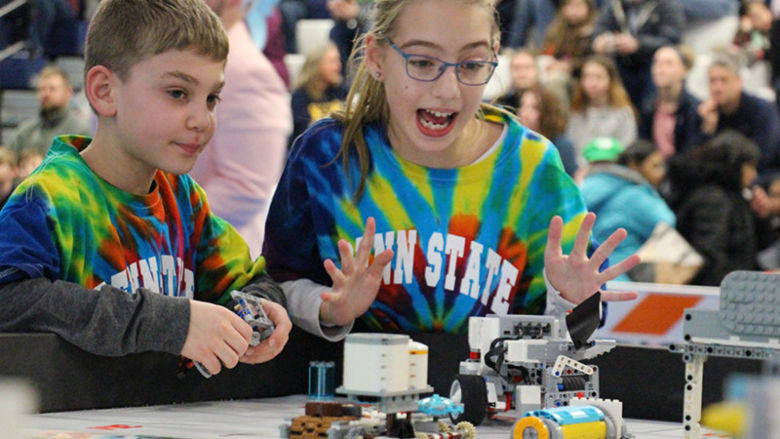 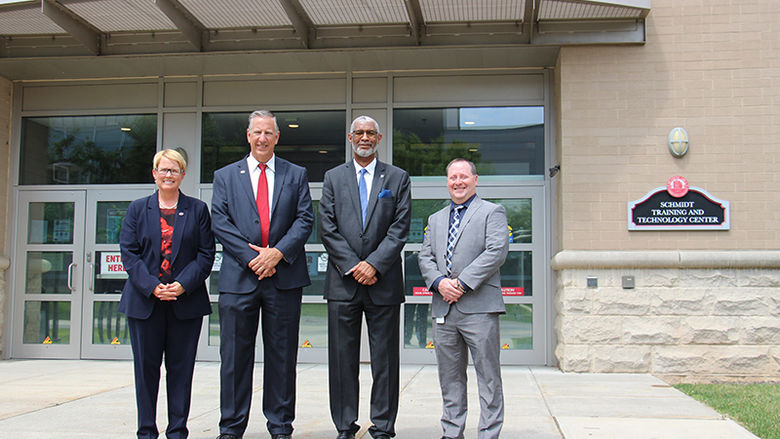