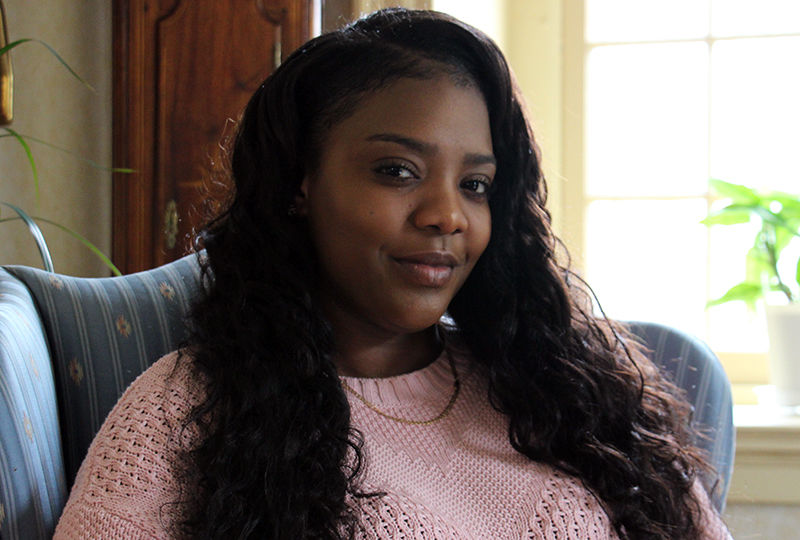 Krisann Cruickshank's journey from Jamaica to Penn State Berks will culminate with her earning a bachelor of science in criminal justice at the commencement ceremony on Saturday, May 5.

READING, Pa. — When Krisann Cruickshank was growing up in Jamaica, she never dreamed that she would someday graduate from Penn State. She will walk across the stage to receive her bachelor of science in criminal justice diploma at Penn State Berks' commencement ceremony at 2 p.m. on Saturday, May 5.

Cruickshank moved to the United States at the age of 14, one year after her mother. During that year, she lived with her father, who, she explained, was not supportive of her goals and her education.

She said that moving to the U.S. changed her life. While she struggled in school, Cruickshank knew that she wanted to continue her education after high school. As a first-generation college student and immigrant, she aspired to attend community college. Her mother encouraged her to apply to Penn State.

Cruickshank explained that she chose Penn State Berks because she wanted a smaller campus where she could focus on her studies "while still earning the big university degree." She always had an interest in law, completing an internship at a Philadelphia law office while in high school, so the criminal justice degree program seemed like a natural fit.

Her first semester of college went smoothly. Then she began to suffer from depression and anxiety, common conditions among college students. Penn State’s Center for Collegiate Mental Health 2017 Annual Report found that depression and anxiety are the most common reasons students seek treatment at Penn State’s Center for Counseling and Psychological Services.

Cruickshank said that during this time she felt that she was living to please others, attending college so she could earn a degree and make her mother proud. After speaking with a Penn State Berks counselor and reflecting on her goals, there was a shift in her thinking. She decided that she needed to be the “best version of herself and do the most she could do” to succeed.

By the spring 2017 semester, she pushed herself to make the Dean’s List (earning a 3.56 GPA). She had developed a hunger for knowledge, and the faculty and staff at Penn State Berks took notice. Suddenly, she was invited to meetings and events due to her contributions in the classroom. This ignited her interest in campus clubs and activities. Today, Cruickshank is the president of the Black Student Union student organization at Penn State Berks.

She also completed an internship with the Penn State Berks Police Services, where she patrolled the campus, acting as the “eyes and ears” of the department. According to Cruickshank, this was one of her best experiences at the college. “Police Services actually believed in me, they encouraged me, and they tried to push me towards my career goals,” she stated.

After graduation, Cruickshank aspires to work for the Philadelphia District Attorney’s Office while studying for her LSATs and going on to law school. Her goal is to become a criminal defense attorney and ultimately a judge.

When asked how Penn State Berks prepared her for her future, she said, “The professors and classes challenged me to get out of my comfort zone, and it was the best thing for me. During my criminal justice courses, I went on 'ride alongs' with the West Reading Police Department. Penn State Berks has great faculty and staff; they believe in you and don’t let you quit.”

While her road to graduation was not always smooth, Cruickshank is proud of herself and what she has accomplished at Penn State Berks. Most of all, she is thankful to have the unconditional love and support of her biggest cheerleader — her mother.