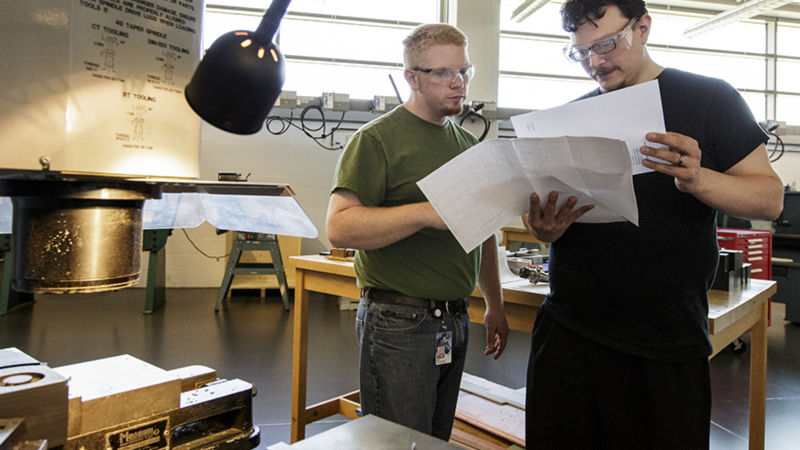 Dr. Pradip Bandyopadhyay, Division Head of Science at Penn State Berks, is working to help a future generation of Engineering students to succeed.

Dr. Pradip Bandyopadhyay, Division Head of Science at Penn State Berks, is working to help a future generation of Engineering students to succeed.

In 2015, he was invited to collaborate on a proposal with Dr. Amy Freeman, Assistant Dean for Engineering Diversity in Penn State’s College of Engineering. The proposal “Sustainable Bridges from Campus to Campus: Retention Models for Transitioning Engineering Students” was for a summer “bridge” program to enhance retention rates among racially underrepresented and first-generation Engineering students. The proposal was funded by the NSF in the amount of $1,769,793 (January 1, 2016–December 31, 2020). 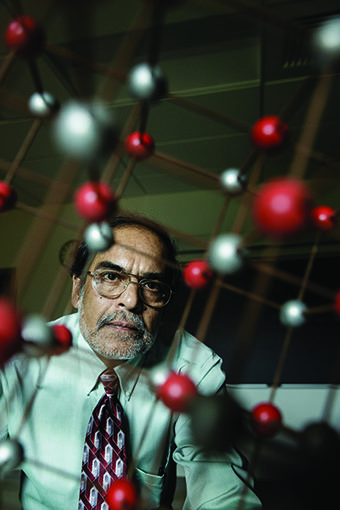 ­In light of the funded proposal, Penn State Berks was one of four campuses to receive the NSF funding for the summer bridge program, which began in 2016. The grant is a collaborative effort between the College of Engineering at University Park and three Penn State campuses (Abington, Altoona, and Berks). Among the Penn State campuses, these three have the largest populations of racially underrepresented Engineering students (45% of the total).

“We are so serious and so passionate about retaining our students,” explains Bandyopadhyay. “The retention rates for the campuses are challenging, especially in Engineering. Our retention rate is currently around 40 percent.”

“Research shows that the main challenge that underrepresented students face in Engineering is the math. The recommended academic plan is to start with Calculus I, and not every student is prepared for that.”

The four-week ­program at Berks, titled “Engineering Ahead” is designed to create a support system and provide academic enhancement for incoming Engineering students from diverse socio-economic backgrounds. Participants receive free housing in the residence halls and meals on campus during the program, which helps to prepare them for the rigors of math courses while giving them an opportunity to meet fellow Engineering students; attend workshops on study skills, time management, and career planning; and get to know the campus and the professors. In addition, participants work with a peer mentor, an upperclass Engineering or Science major at the college.

“The schedule was rigorous and we were constantly working, but I do not think we could have been more prepared for our first semester,” comments Logan Bell, a participant in the Engineering Ahead program. “The program helped us create a network of friends and enabled us to adapt to college life, making the transition period absurdly easy for us.”

“At Penn State Berks, we celebrate diversity in every facet of our academic community, striving to create a support system in addition to the academic enhancement component for all of our students,” states Bandyopadhyay. “The Engineering Ahead program provides that kind of a support system for our Engineering students and will prepare them for a successful transition to the college and ensure success in their academic journey.”

Bandyopadhyay recently presented the outcomes of the first summer bridge program at Penn State Berks at a Penn State conference on the bridge programs. “What really worked was the group coming together while living on campus for four weeks,” he stated. He also noted that the participants demonstrated enhanced performance in math and had a positive initial experience at the college.

For more information about the Summer Bridge Program at Penn State Berks, contact Bandyopadhyay at 610-396-6034 or via e-mail at [email protected].