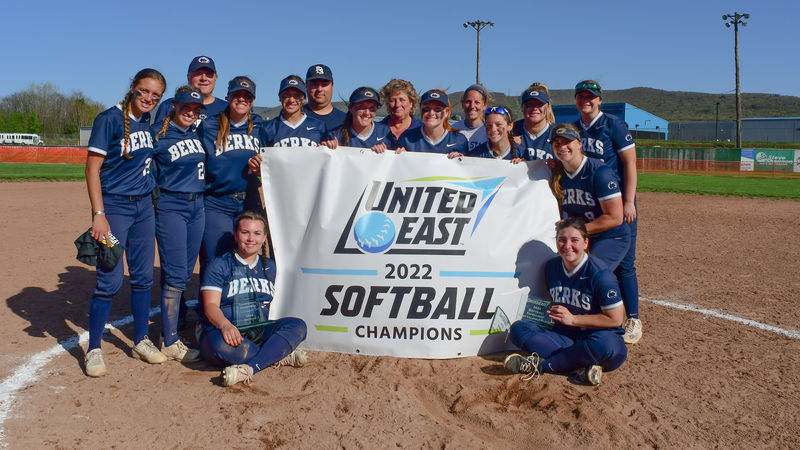 WILLIAMSPORT, PA - The Penn State Berks Softball Team defeated top seed Penn College, 5-3, to win the United East Championship on Sunday, May 8, 2022, and making the NCAA Tournament, which is a field of 62 teams out of 400 schools that offer softball. Briana Smith, who stepped it up to another level in the circle and at the plate, was named the United East Tournament MVP.

The Nittany Lions (26-11) needed to go through two teams they struggled against if they wanted to earn the conference hardware. Berks took down No. 2 seed Penn State Harrisburg earlier in the day, then got the best of the Wildcat team that had swept them last Saturday.

In the title game, Berks scored a run in the top of the second inning with an RBI by Hayden Perrone, but Penn College countered with one run of their own. Perrone had an RBI in the fourth to score Smith, who had a single to lead off the inning. Two batters later, Susan Duncan singled to center to bring in Veronica Maryanski and Perrone. The Nittany Lions later loaded the bases with just one out, but Kyla Benner worked out of the jam with a pair of strike outs.

Penn College cut the lead in half with a run in the bottom of the fifth, making it 4-2. In the top of the seventh, Smith doubled to leadoff the inning and advanced to third after a pair of outs. Perrone again came through with a clutch two-out single to center field to score Smith and add an insurance run.

The Wildcats got the leadoff runner on with a walk and she moved up to second on a stolen base and a sacrifice bunt moved her to third. The next batter singled up the middle to bring in the run and make it 5-3. Smith forced the next batter to hit into a fielder's choice as the middle infield got the lead runner at second for the second out of the inning. A two-out single gave the Wildcats the tying run on first base and the go-ahead run at the plate. But it would not matter as Smith induced a groundout to Savannah Wilson at shortstop.

Heading into the tournament, the team knew it was going to take a team effort to win and that is what they received. In the title game, the 5-through-9 hitters in the order combined to go 11-for-19 with three RBI and all five runs scored. Smith finished the game 4-for-4 with a double and three runs scored, while Perrone was 2-for-4 with three RBI and a run scored. Maryanski (run) and Wilson each went 2-for-4, while Naomi Fay was 1-for-3. Duncan was 1-for-5 with the two runs batted in, while Arizona Shreck and Peyton Vivian both went 1-for-3.

Smith, pitching in back-to-back starts for the first time this season, carried the momentum over from her complete-game, shutout in the opener. The junior right-hander allowed 11 hits and three runs, while striking out four in 7.0 innings of work. In the first inning, she worked out of a one-out jam with runners on second and third with a pair of ground outs to leave the runners stranded. She did not have any 1-2-3 innings, but what she did do was limit the damage by making the Wildcats strand 10 runners.

Smith's all around effort made her the obvious choice for MVP. In the circle, she was 2-0 with two complete-games, one shutout, three runs allowed, and nine strikeouts in 14.0 innings of work. At the plate, she was 7-for-8 with two doubles, and five runs scored.

The Penn State Berks softball team will face Endicott College at the Salisbury Regional Tournament beginning on Friday, May 13. Check back on the Berks athletics website for more information about the NCAA Tournament after information is released. 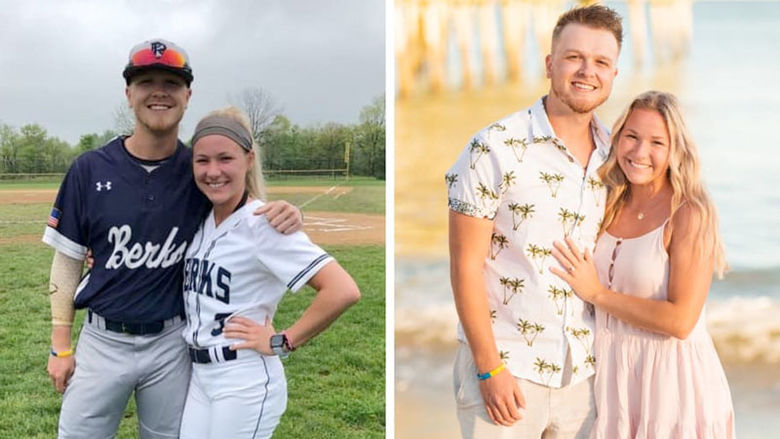