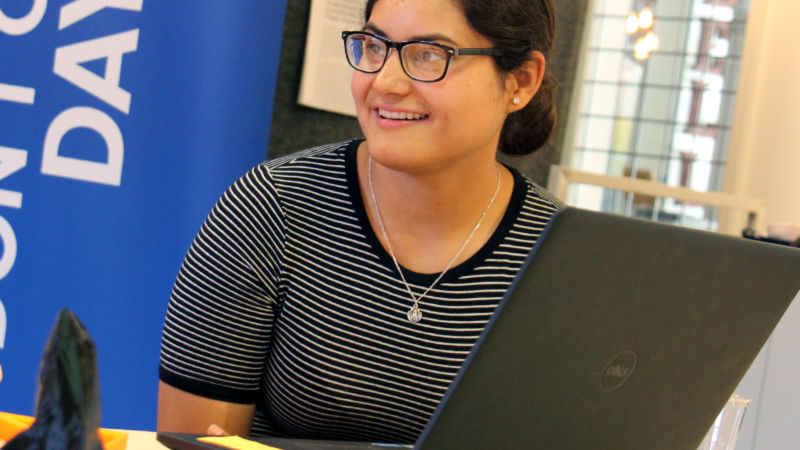 Among her remarkable achievements are a 3.37 GPA; several engineering and robotics research experiences; numerous scholarships and academic awards; mentoring other students; traveling abroad; and completing internships.
By: Alan Shirk

WYOMISSING, Pa. — Gabriela “Gabby” Gonzalez Magana, a Penn State senior majoring in computer engineering with a concentration in robotics, has traveled a long and winding road — today she serves as an mentor for girls studying STEM related subjects.

Among her remarkable achievements during her two years at Penn State Berks and one at the University Park campus are earning a 3.37 GPA; completing several engineering and robotics research experiences; receiving numerous scholarships and academic awards; becoming a mentor to other students; traveling abroad; and completing internships.

Even more incredible is that she emigrated from La Calera, Guanajuato, Mexico in 2011, at the age of 13, speaking only Spanish. She explains that she was very shy and uncertain about her future, had no American friends and did not want to leave her grandmother in Mexico.

“Now, I am making plans to graduate with a B.S. in computer engineering from Penn State in December 2020 and want to earn a Ph.D. and work in industry. I want to provide people around the world with systems that help them trust and understand why robots are created and I want to empower women to enjoy a career like I am,” she said.

She acknowledged that since leaving her homeland, her journey has been quite challenging, but extremely rewarding.

When she was 8 years old, she recalled, her mother, Juventina Magana Corona — one of her heroes — left her and her two older sisters in Mexico to join her father, who had already emigrated to Reading, Pennsylvania.

“My mother came looking for a better life for us. At first, I did not understand why she came to the U.S. without us, but she came back five years later. My first impression of Reading was that I was happy to be with my mother and happy to see snow for the first time,” she said.

Going to Southern Middle School in Reading was very difficult for Gonzalez Magana. “My first day was hard. I didn’t know anybody nor speak their language. I felt left out and like I did not belong there.”

It did not take long for all that to change. She quickly adjusted and learned to speak and write English as her second language; graduated from The Citadel High School in Reading, earning A’s and B’s; and decided to go to college. She explained that she applied to Penn State Berks because she wanted to major in engineering and the University has an excellent reputation for its engineering programs. Attending Penn State Berks also allowed her to remain at home for the first two years and save money before going to University Park campus.

When she arrived at Penn State Berks in the fall of 2016, she knew that she found a place where she belonged. “It was then that I discovered my passion for not only engineering, but also robotics. I chose computer engineering as a major because it was the best option for me,” she said.

During her time at the college, Gonzalez-Magana took advantage of every opportunity, from enrolling in the summer bridge program for underrepresented and first-generation engineering students to joining the college’s chapter of the Society of Women Engineers and Females in Engineering Role-Models Can Empower (FiERCE), a student organization that works to encourage middle school girls to pursue careers in engineering.

She also credits FiERCE with helping her to become more confident. “Through this program I realized how much I enjoy studying engineering and how I want to empower middle school girls to take an interest in STEM fields after they graduate from high school.”

Gonzalez Magana said the course made her feel much more at ease, especially when making presentations to students and colleagues. She also served as a learning assistant with the Penn State Educational Partnership Program (PEPP) for the Reading School District.

“What surprised me most about Penn State Berks was the diversity and the way professors help their students. I was really impressed with all the international students and the networking, cultural and engineering activities. I would attend most of international events and learn about different cultures. Attending these events opened my mind to studying abroad,” she said.

In fact, she benefited from a spring 2019 study abroad program in Madrid where she took two special engineering courses.

Penn State Berks also opened the door to research opportunities for Gonzalez Magana. In 2017, she completed a Penn State College of Engineering Multi-Campus Research Experience for Undergraduates (REU). Her research was based on human emotions and robotic interactions through physiological signals.

Most recently, she completed another REU titled “Robots in the Real World” from June to August 2019 at Oregon State University’s Corvallis campus. Gonzalez Magana explains, “I worked on a human-collective robotics project. I analyzed existing code, and proposed implementations for the human-collective display, configuration files, data collection, software and network architecture for the existing system.”

For her research efforts, she was named a McNair Scholar. The McNair Scholars Program is a federal program funded by the U.S. Department of Education designed to prepare undergraduate students from underrepresented segments of society for doctoral studies through research and other scholarly activities.

In addition, she has received many other academic honors include scholarships from the Society of Women Engineers and the Penn State Alumni Abroad Scholarship, just to name a few. She also received awards from Reading’s Centro Hispano Daniel Torres, and several other organizations.

During her time at Berks, Gonzalez Magana worked for 20 hours a week, from May to June 2018, as an operations intern for Peoplejoy in Philadelphia, a startup company that provides financial health coaching and student loan repayment programs. In this position, she created a knowledge database for new employees, as well as a sales and marketing database. This internship was the result of a series of connections that she made through the college’s Berks LaunchBox. She also completed an internship at Opportunity House, where she worked on the organization’s database.

Gonzalez Magana is currently an active engineering ambassador at University Park, thanks to Scanlon, who referred her to the Boeing Company’s Patricia W. Stevens, who encouraged her to apply that program. In addition, she is a member of the Society of Hispanic Professional Engineers–Chevron Chapter.

“At first, I didn’t really expect too much coming to the U.S. I thought, I’ll just get a good job somewhere to better myself. I didn’t really understand what going to college meant,” she said. Today, she spends a lot of her spare time practicing her coding skills and making friends on campus.

Gonzalez Magana’s mother has been very instrumental to her daughter’s success. “She is very proud of me. She would do anything … to help me be successful. I want to do that for others.” 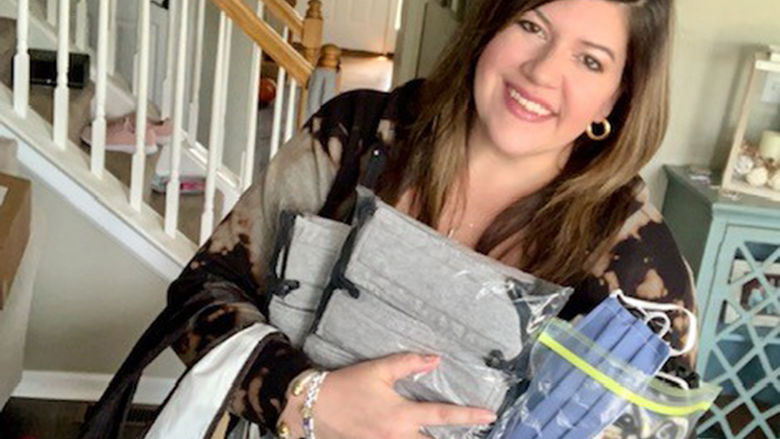 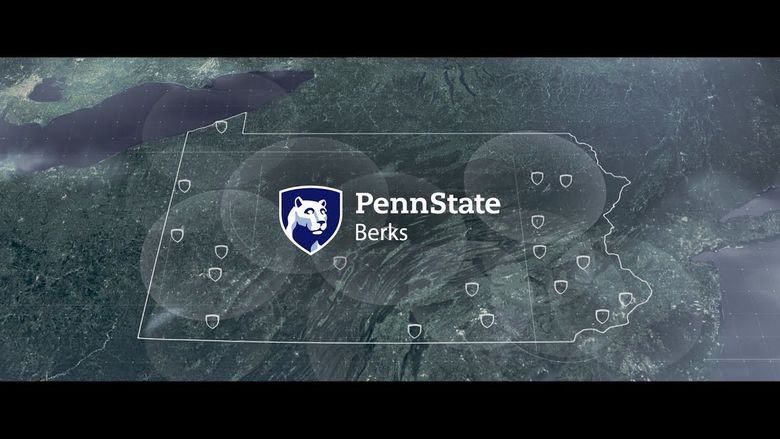 One Community Impacting Many