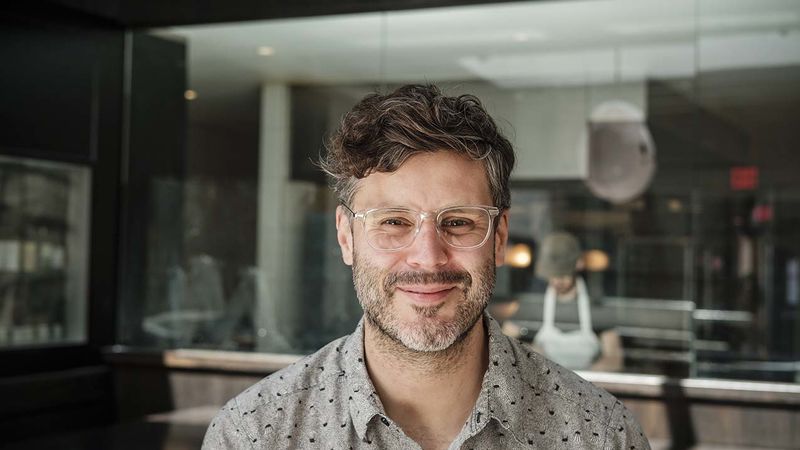 It's Not About the Pizza

The owner of Pizzeria Beddia, named ‘Best Pizza in America’ by Bon Appétit Magazine in 2015, has dedicated his career to learning how to make the best pizza he can. But finding his way to pizzaiolo fame took Beddia along a winding path, beginning at Penn State Berks in the Hotel, Restaurant, and Institutional Management program.
By: Jacqueline Cozma

“The best pizza I’ve ever had was in Tokyo. A lot of people don’t know that.”

It would be tricky to summarize all that Joe Beddia knows about pizza, but with that statement you begin to get a sense of the breadth and depth of his expertise. The owner of Pizzeria Beddia, named ‘Best Pizza in America’ by Bon Appétit Magazine in 2015, has dedicated his career to learning how to make the best pizza he can.

The original Pizzeria Beddia opened in 2013 and was in business for five years, during which time it soared to national fame despite being a 300-square foot, two-person operation open Wednesday through Saturday, making only 40 pizzas a day and selling until they ran out. The pizzeria became a local favorite, and as the word spread and the reputation grew, the lines out the door got longer and longer. Articles about the pizzas described them as life-changing, and people traveled from near and far to visit the pizzeria and find out what all the fuss was about.

Until the day Beddia decided, to everyone’s surprise, not to continue, and Pizzeria Beddia closed its doors. A year and a half later, in March 2019, Pizzeria Beddia rose once more and reopened in a new spot, with a new aesthetic and a different take on the same pizza. Bon Appétit magazine delighted in the rebirth, declaring “Pizzeria Beddia is dead. Long live Pizzeria Beddia.”

But finding his way to pizzaiolo fame took Beddia along a winding path. He started his journey at Penn State Berks in the Hotel, Restaurant, and Institutional Management program. After leaving in 1997 he took a job at Stoudt’s Brewery, Pennsylvania’s first microbrewery. A couple of years later he moved on from the brewery and began working in restaurants, during which time he started brewing beer and experimenting with making pizza at home. He would travel and eat pizza, and spent years exploring the furthest corners of the pizza-making world, soaking up everything he could learn, when he says he had a kind of epiphany—this was what he was going to do. From that passion and intense study was born the first Pizzeria Beddia.

When asked what makes the pizza unique, Beddia initially says “I don’t know that it is.” But given a moment to think about it, he begins to describe what he calls a ‘well-cared-for product’: a 30-hour ferment for the dough, carefully selected and mostly local ingredients, and good design. But despite his obvious love for the craft, Beddia describes a more hands-off approach to this new iteration of Pizzeria Beddia—he no longer makes every pizza himself, but works with the chef and the team to develop new recipes. His new role is to train and mentor his roughly 40 employees instead, to just be present and let his team flourish. 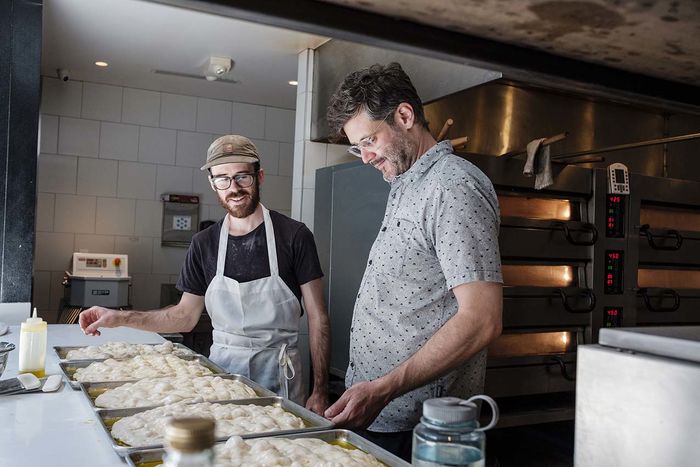 Reflecting on his time at Berks, Beddia says, “The restaurant industry… I don’t know if anything really prepares you for it, you just have to be up to the hustle and work. But the basic guidelines of working in the hospitality industry—I learned a lot of that [at Berks]. I definitely enjoyed being there, I had a good professor, who I think is long-retired: Dr. [James] Bardi. I definitely learned a lot; I have fond memories of it.”

And to those who are considering following in his entrepreneurial footsteps? “Travel. Do lots of research. Figure out what you wanna do,” Beddia advises. “And then from there I’d say, get as much time—like years and years of time—of firsthand experience in whatever you’re setting out to do…  Just figuring out the best stuff that’s out there, and going to see those things and study those things.”

Beddia made it his mission to locate and study the best of everything—the best cheeses, the best sauces, the best ovens—which helped the original Pizzeria Beddia to receive such acclaim. Now the new Pizzeria Beddia has expanded to include wines and hoagies—more of the best of what Beddia can find. He’ll as good as tell you that it’s not all about the pizza—it’s about the tradition of pizza, the experience of the pizzeria, the alchemy of ingredients and the precision of long practice. And the pizza (and Pizzeria Beddia) is all about Joe Beddia.