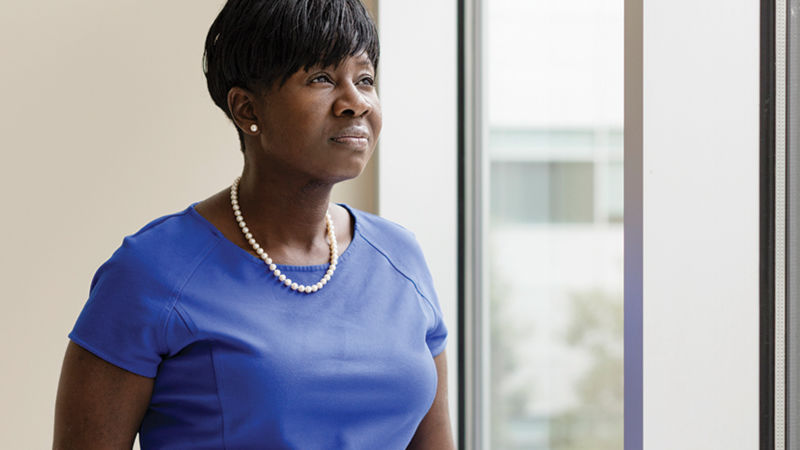 Morant Williams gives a voice to the underrepresented

From examining issues related to race, ethnicity, culture, gender and religion through the lens of popular culture, to telling the stories of individuals with invisible illnesses who do not feel heard, Kesha Morant Williams has one main goal in her research.
By: Lisa Baldi

From examining issues related to race, ethnicity, culture, gender and religion through the lens of popular culture, to telling the stories of individuals with invisible illnesses who do not feel heard, Kesha Morant Williams has one main goal in her research: to give a voice to misrepresented and underrepresented groups of people.

“I am a storyteller,” Morant Williams, an associate professor of communication arts and sciences at Penn State Berks, states when talking about her research. “I believe that life is a series of ongoing narratives that are shaped by our histories, culture and character. My research, teaching and service are vested in creating space for identity and voice.”

The first to describe her research as “outside the mainstream,” Morant Williams examines issues such as race and religion in popular culture by listening to the groups whose voices are not typically heard.

Working with another researcher, she has posed the question: What role does Contemporary Christian music (CCM) play in racial reconciliation? The researchers have published journal articles that examine this issue from several different perspectives: how audiences connect and interact with CCM and Black gospel music and how messages are presented in each of these genres.

“The most significant Biblical commandment is to love,” Morant Williams explained. “Yet, when looking at responses from self-identified Christians, it was clear that on a surface level — while folks claimed faith was their unifier — race trumped faith.”

She states that she and her coauthor were met with resistance from mainstream academic publications. “The findings are uncomfortable as they don’t fit the contemporary Christian narrative of unity,” she said. Nevertheless, these are the stories she wants to share. Although the researchers received some initial resistance from publishers — not on the research itself but due to the sensitivity of the topic — they persevered.

“It made us better researchers because we knew we would get pushback so we included a diversity of sources, looked at the analysis more carefully, and added thick descriptions. Even if the reviewers didn’t agree on a personal level, they couldn’t dismiss that the research was sound.”

After two years, their first article was published, and that set the stage for the second and then third articles, which were received with less resistance. Through their persistence Morant Williams and her co-researcher received a book contract. Their edited book, "Contemporary Christian Culture: Messages, Missions, and Dilemmas," was published in November 2017.

Recently, the colleagues were invited to publish in the Journal of Communication and Religion’s special issue on race, culture and religion. The special issue has a spring 2018 publication date. “The hard work is paying off,” she stated. “Our research is establishing roots in areas that hadn’t been explored this way in the communication discipline.”

Giving a voice to the patient

In addition to her research on race, religion and culture, Morant Williams wants to give individuals with invisible illnesses — lupus in particular — a voice that is not commonly heard.

While working toward her doctoral degree, Morant Williams was interested in health communication, but was focused on broader, statistically driven quantitative research. Then she faced a turning point when her sister was diagnosed with lupus, a chronic inflammatory disease in which one’s immune system attacks its own tissues and organs.

As a researcher, she read everything she could find on lupus. She learned that while there is very little one can do to directly help the individual’s disease experience; the illness experience is a different story.

She speaks about a time that, after a routine surgery, her sister became very sick with repeated lupus flares and was readmitted to the hospital. Her physicians were uncertain about how to address what was happening. By the time they performed a second investigative surgery, the flares of lupus had subsided, leaving her physicians to acknowledge that the second surgery was unnecessary.

“My sister, who is a nurse, kept telling the doctors, ‘This is lupus.’ But no one was listening to her. They weren’t rude, but they were dismissive. They unintentionally silenced her narrative by privileging their own.”

During that time, Morant Williams stayed at her sister’s house, and took care of her niece and nephew. She dealt with her sister’s hospitalization by writing an article titled, “My Sister’s Keeper.” The article gained traction in several publications.

“I felt selfish because I was making it [the illness experience] about my fears and not my sister’s experience,” she said. That epiphany ignited her passion to privilege the patient perspective rather than the biomedical one.

For many years, her sister was living in fear of how her health impacted her life, so she remained close to home. Last December, her sister decided she would no longer allow lupus to dictate her decisions. She moved to Tampa, Florida, where she is establishing a new life.

While Morant Williams believes her sister is doing well today, she knows that she will never know for sure. Lupus flares come in waves and, unfortunately in many cases, people suffering from invisible illnesses stop talking about their conditions with friends and family.

As a result of her experience, Morant Williams has edited a book with her sister titled "Reifying Women’s Experiences with Invisible Illness: Illusions, Delusions, Reality," which gives voice to the patients. The book was published in December 2017.

How stories can impact change

One of the main questions Morant Williams asks in her research is: How can we impact change in our communities and with our families and friends without using guilt, shame or blame? Her strategy has been learning people’s stories “where they are.”

“Research supports that appropriate communication between the physician, the caregiver and the person who is not healthy will provide clarity about why the individual makes the decisions that he or she makes and we might be able to gain some understanding.”

In much of her early research, Morant Williams found that some may choose not to take their medication because it makes them feel out of sorts and they have responsibilities such as a job and children. Others would rather have a shorter life and one that they feel is fuller than devote all their time and energy to treatment.

“I’m not passing judgment; I’m just trying to create a space where we can hear the person’s voice. Why do we only privilege the traditional biomedical voice? It seems that the patient is ignored oftentimes.”

Morant Williams enjoys working with undergraduate students in her research. She teaches a Communication Research Methods course at Penn State Berks, and she recruits students who perform well in class.

Recently, she worked with two students: Emily Pfender, a 2016 communication arts and sciences graduate and first-year graduate student at Villanova University. Pfender lives with an invisible illness and was eager to contribute to the book on this subject. In fact, she is using her chapter as a foundation for her health communication research at Villanova University. Pfender recently presented her research with Morant Williams at the National Communication Association Conference in Dallas, Texas. Meanwhile Jocelyn Vargas, a senior criminal justice major, excelled at editing, citations and literature reviews and served as a research assistant.

“Every student can contribute but you have to find out what they can do well,” she explained.

When St. Joseph Health Network joined the Penn State system, an opportunity for a unique research project was created, culminating in a special publication: "Penn State Health St. Joseph Community Benefits Health Report – Making a Difference Where We Are."

The publication was a collaborative effort between the college and the health network, led by Morant Williams. Communication arts and science students in her health communication course partnered with the health network and the college’s Center for Service Learning and Community-Based Research. Students attended events and meetings, interviewed community members impacted by the health services, researched and wrote the stories, and took supporting photographs.

The publication has received very favorable reviews from the health network and provided students with invaluable research experience. Morant Williams and her students will continue working with Penn State Health St. Joseph on a new project in the spring of 2018.

“I call myself a ‘change agent,’” she explained. “On my web page it says ‘changing the world one conversation at a time.’ I don’t know if I’m changing the world but I do think that we can make incremental moves toward behavioral change if we can shift our thought process.” 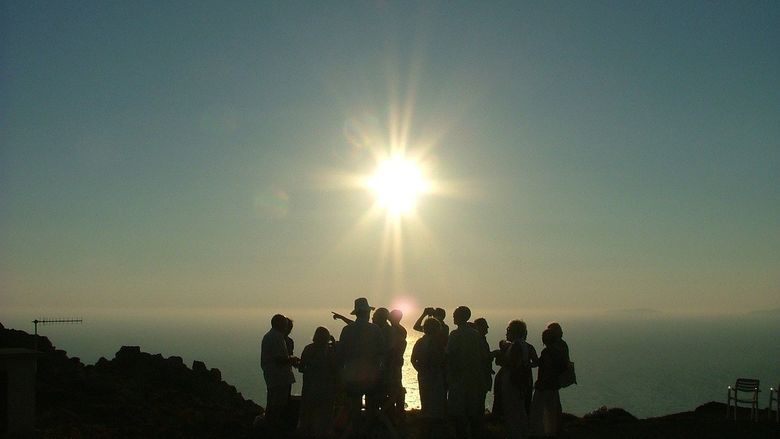 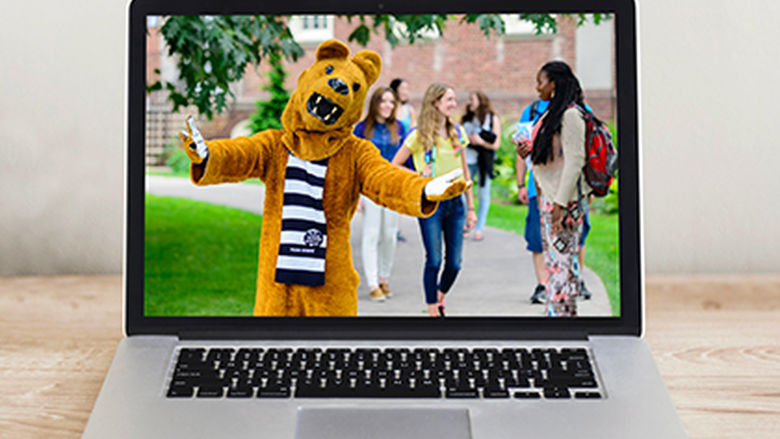