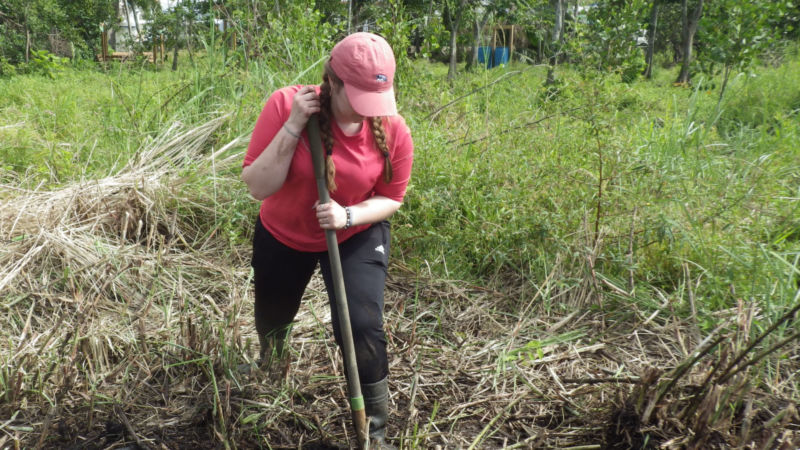 This year, the Penn State Berks Alternative Spring Break program took a group of six students, along with a staff adviser, to San Juan, Puerto Rico where they spent a week working on a mangrove reforestation project.
By: Chelsea Watts

This year, the Penn State Berks Alternative Spring Break program took a group of six students, along with a staff adviser, to San Juan, Puerto Rico, where they will spend the week of March 3–10, working on a mangrove reforestation project. Devastated by Hurricane Maria on Sept. 20, 2017, mangroves are an important part of the ecosystem in Puerto Rico. Student volunteers included senior Chelsea Watts, junior Rachel Hodgson, sophomores Savanna Brown and Bailee Samlal, and first-year students Lisa Panczner and Trent Weister. They were joined by Aubrey Edwards, academic adviser.

Before and after my week-long adventure in Puerto Rico, I have continuously been asked how horrible the conditions are. How much damage still surrounds the island, how many people are still without power, and what a sad reality is currently enveloping the island and its inhabitants. However, the reality, as I saw it, was much different. Of course, there is still damage, still people without power, and still areas of the island that are struggling. The one thing that I did not find was sadness.

Before we departed, I constantly searched Google to gain a better understanding of what to expect when we made it to Puerto Rico. I found many contradicting stories and images, and before I found anything that I could accept as the most likely reality, it was time to leave.

I was honestly surprised when we landed in balmy San Juan, seeing palm trees proudly swaying over rooftops and people filling the sidewalks day and night, going about their lives.

I found the vibrancy of Puerto Rico refreshing. People not bogged down by Hurricane Maria, appreciating what they have, and using that event as an opportunity to do things better. Having the opportunity to work in the wetlands of Cataño and assist in any way possible in these communities was a privilege, especially because we were wanted there. There is a lot of criticism of international volunteer projects, but in this case, the people that we were able to meet assured us that they wanted us there working among them.

As we worked and explored San Juan and its surrounding communities, the liveliness of the island was always apparent. I found a sense of community that not only continued to carry on strongly, but was open to welcoming strangers into that community, even if only for a week.

This experience also created a new community. Traveling with five other students and an academic adviser, I was among a group of people with whom I did not have much history. Through our experiences working in the wetlands, sharing inside jokes, and salsa dancing on a Thursday night, we formed a cohesive unit, transcending friendship into a small family.

In my own experience there, I found my sense of self. After three years of being part of the Alternative Spring Break program at Penn State Berks, I have begun to find some direction for my life after graduation. Meeting the people of Puerto Rico and working alongside them made me realize the importance of allowing yourself to be open to others and sharing your experiences to better understand one another. Cultural immersion not only teaches you about another community, but also allows you to better understand your own.

The people I met there are some of the most hospitable that I have met in all of my travels. Every night we ate dinner in the same restaurant in Santurce and almost every night we were joined by locals welcoming us, thanking us for our desire to help them, and sharing stories of the hidden gems of their island.

Our last night there, my body felt so fatigued from being out in the sun all day, along with the exhaustion from the rest of the week catching up with me. The next morning, however, I felt rejuvenated when boarding the plane. Not only from the excitement of seeing my family and sharing my new stories, but from leaving a beautiful island knowing that it would not be the last I saw of it. Part of my soul was left in Puerto Rico, among the warm air, the palm trees, and the communities of strangers—waiting to become friends. 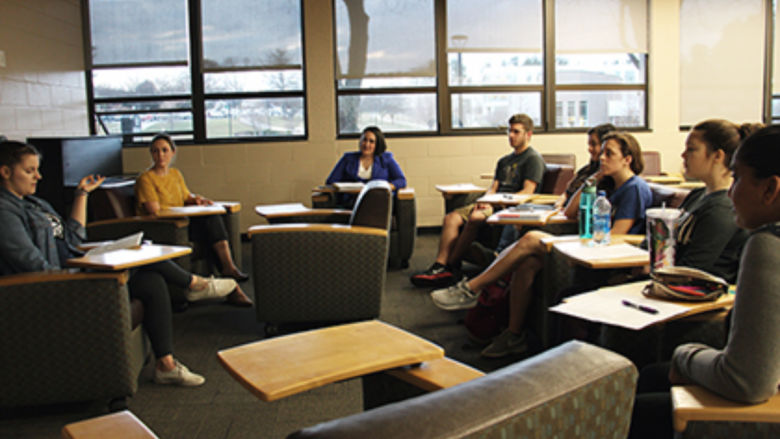 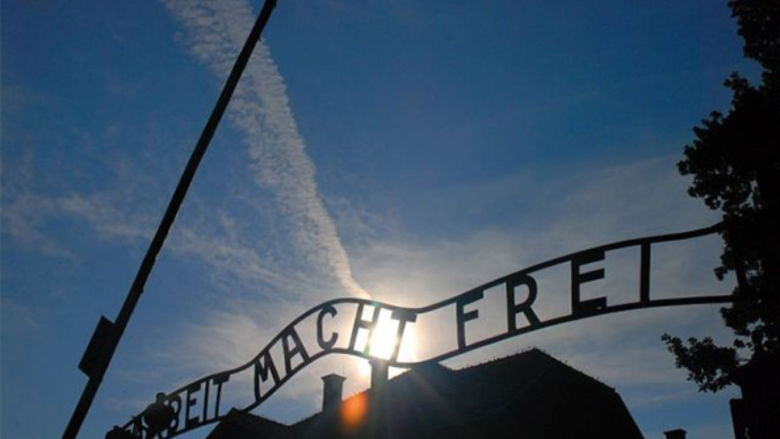