The Penn State Berks baseball team placed three members on the All-NEAC First Team and one to the second team, while also bringing home three of the four individual awards

READING, Pa. — The Penn State Berks baseball team placed three members on the All-NEAC First Team and one to the second team, while also bringing home three of the four individual awards, as announced by the conference on Wednesday afternoon (May 9).

Welk and Comport were each selected to the All-NEAC First Team and were joined by teammate Dante Salerno, while Brandon Griesemer was an all-conference second team honoree.

Welk leads the NEAC in batting average (.495), RBI (52), total bases (108), on-base percentage (.582), and slugging percentage (1.029). He ranks second in the conference in runs scored (47), doubles (13), triples (5), and home runs (12). Welk ranks among the top-five in the country for batting average, home runs per game, RBI, runs per game, slugging percentage, and on-base percentage. He has recorded at least one hit in 26 of the 31 games he has played in and has recorded two or more hits in 19 games, including a four-hit game on three occasions. In the field, Welk has recorded 58 assists, 29 putouts, and was a part of six double plays.

Comport has been solid on the mound and at the plate this spring. The senior right-hander has a 6-0 record with a 2.49 ERA and 49 strikeouts in 43.1 innings pitched. Comport has struck out at least four batters in all seven of his starts and has recorded nine or more strikeouts in three contests. He leads the NEAC in wins, while ranking second in ERA, and strikeouts. At the plate, Comport is batting .402 (33-for-82) with four doubles, five triples, one home run, 24 RBI, and 32 runs scored.

Salerno is batting .465 (40-for-86), which ranks second in conference behind Welk. The sophomore shortstop is also second in the NEAC in on-base percentage (.548) and sacrifice flies (6), while ranking fourth in stolen bases (17). He has hit safely in 16 contests and has recorded 14 multi-hit games, including two games with four or more hits. Against the NEAC this season, Salerno is batting .509 (29-for-57) with three doubles, one triple, 13 RBI, and 13 stolen bases. In the field, Salerno has recorded 63 assists, 25 putouts, and has been a part of nine double plays.

Griesemer is batting .366 (34-for-93) with four doubles, three triples, one home run, 34 RBI, 15 walks, and 23 runs scored. The junior third baseman sports a .439 on-base percentage and a .505 slugging percentage. Griesemer ranks third in the NEAC in sacrifice flies and is fifth in runs batted in. Against NEAC opponents, the lefty is hitting .373 (22-for-59) with two doubles, three triples, one homer, 24 RBI, and 13 runs. In the field, Griesemer has played a solid first base and has bailed out his fellow infielders many times. He has 159 putouts, 13 assists, and a .994 fielding percentage.

Konnick has guided the baseball program to a 22-10 overall record and 17-1 in the NEAC. The 22 wins marked the fourth straight season that the Nittany Lions have surpassed the 20-win plateau.

The 2018 squad is also the first Berks baseball team to win the NEAC Regular Season title since 2012.

The team will host the NEAC Championship on Friday, May 11 through Sunday, May 13. The winner of the four-team, double-elimination tournament will earn a trip to the NCAA Tournament. 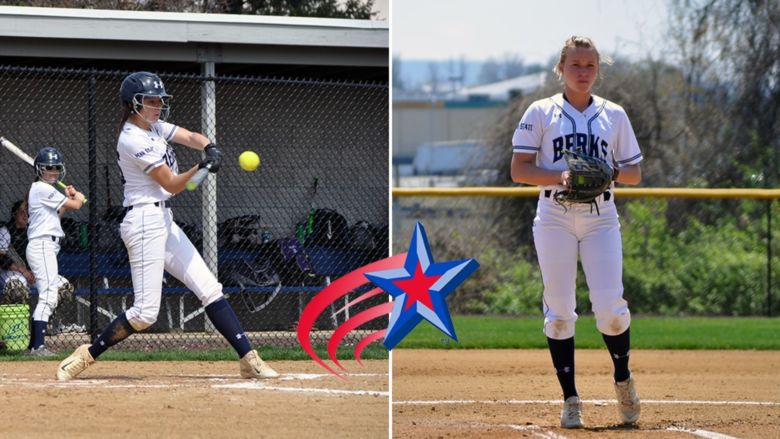 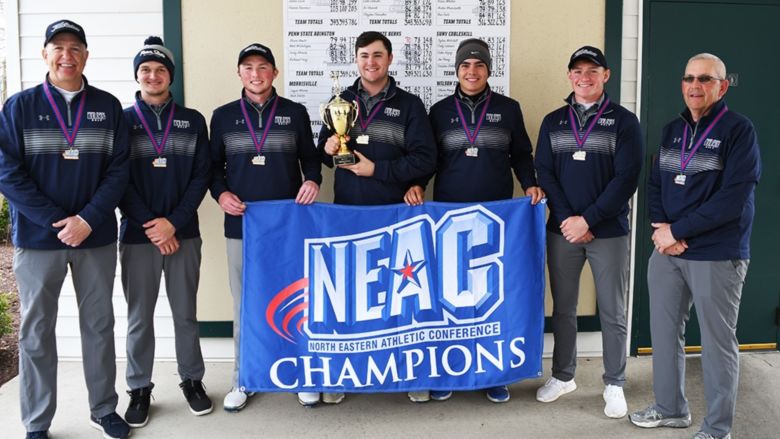