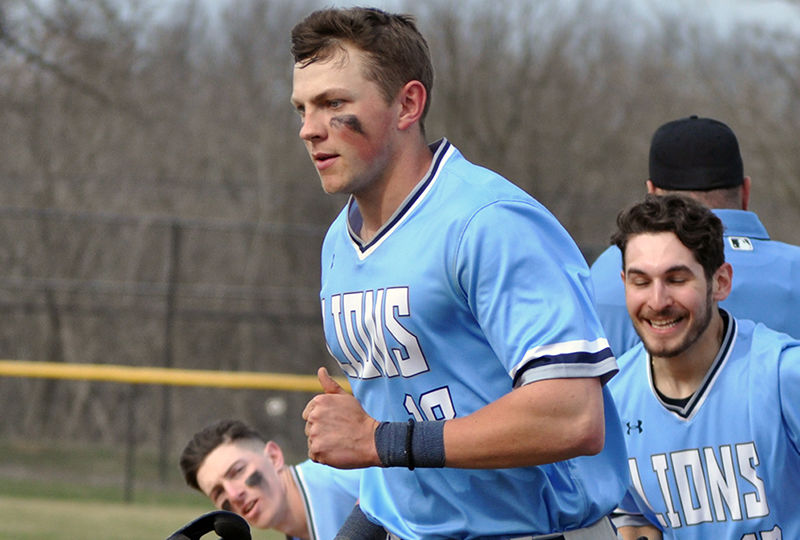 Toby Welk was selected by the Baltimore Orioles in the 21st round of the 2019 MLB First-Year Player Draft. Welk was the second Division III player to be taken in the 2019 draft.

The senior standout, who was the 618th pick overall, continues to make history as he became the first member in Penn State Berks history to be drafted by one of the major U.S. sports leagues. Welk is just the second player ever drafted in the North Eastern Athletic Conference (NEAC). He joins Nelson Gomez of then NEAC member Keystone College, who went to the Arizona Diamondbacks in the 24th round of the 2008 draft

"I now have an opportunity to represent every place that I came from," said Welk. "I get to show what I can do on the next level and am excited to see where the game of baseball takes me

"When school ball ended and my time playing with Berks was done, I realized there was a good chance that I could be drafted," said Welk. "Throughout my time in college, school came first and baseball came second."

Head coach Justin Konnick got a first-hand look at Welk round his game into form over the last four years. He knows all the work that Welk put in to make this happen.

"It is an honor and a big thing to get drafted, but especially coming from this level," said Konnick. "He earned every bit of it with his hard work over the last four years. And that hard work paid off. He didn't come here as this caliber of player, but he is leaving at a much higher level, because of the work he put in. He is going to go on and just keeping working hard and he is going to keep getting better."

Welk is proof that you do not need to be from a major program to be drafted.

"If you work you hardest and dedicate yourself, you can show people that you are capable of making it to the next level," says Welk. "Nothing can stop you if you work hard enough."

The always humble Welk remembers who to give his credit to for getting him to this point in his career, as well as those that helped shaped him into the player he is today.

"First, I want to thank my parents and my sister for all of their support over the years," said Welk. "Coming to as many games as possible and always rooting me on. I also want to thank all of my coaches, especially Konnick, he really helped me reach this point. I also drew a lot of inspiration from watching MLB players, studying them and seeing what it takes to succeed."

In the next few days, Welk will find out what team he is assigned to and will take his first steps toward a career in the MLB.