Forrey awarded APS prize for Research in an Undergraduate Institution

READING, Pa. — Robert Forrey, distinguished professor of physics at Penn State Berks, has been awarded the American Physical Society (APS) 2019 Prize for a Faculty Member for Research in an Undergraduate Institution. 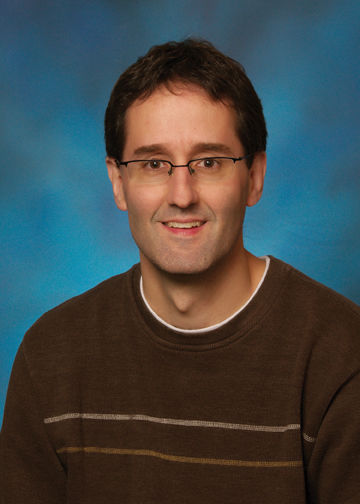 The prize, established in 1984 by a grant from the Research Corporation for Science Advancement, a private foundation for the advancement of science and technology, consists of a $5,000 stipend to the prize recipient and a separate $5,000 unrestricted grant for the research to the prize recipient's institution. It is awarded annually and is intended "To honor a physicist whose research in an undergraduate setting has achieved wide recognition and contributed significantly to physics and who has contributed substantially to the professional development of undergraduate physics students."

Forrey has published more than 100 peer-reviewed journal articles and given numerous invited talks at international and national professional meetings. He has received over $1,500,000 in external grant awards to support his research, including continuous support from the National Science Foundation for the past 20 years. Forrey’s research focuses on applying quantum mechanics to solve problems in physics, chemistry and astrophysics. As noted in his citation, he has actively involved undergraduate students in his research, and his theoretical calculations have contributed to a better understanding of atomic and molecular dynamics at temperatures near absolute zero, matter wave refraction, molecule formation in the early Universe, and nanoparticle catalytic processes of relevance to industry. Forrey was elected a fellow of the APS in 2011.

About the American Physical Society

The APS is the premier physics organization in the world, representing over 55,000 members, including physicists in academia, national laboratories, and industry. The APS prize is awarded annually and election to APS fellowship is based on outstanding contributions to the field and is limited to no more than 1/2 of 1 percent of the society's membership. More information about the prize may be found at https://www.aps.org/programs/honors/prizes/faculty-undergraduate.cfm.